Burano, Italy – Situated on Burano, an island in the Venetian Lagoon, Dalla Lidia is preserving the art of lace making with needle and thread — exactly as it has been for centuries.

Dalla Lidia, which was originally founded as a school in the late 19th century, is the oldest shop on Burano, an island jewel defined by its scintillating shores, colourful houses and lace making tradition.

Paola, the granddaughter of the founder, and her son Davide Bressanello work with a consortium of women creating this ancient fabric in its purest form, using only three main instruments: needle, thread and scissors.

Each pattern of lace is drawn on a piece of paper and is filled by making several knots by hand. The fabric is later connected together and then cleaned, resulting in an exquisite, pristine fluid piece of lace. 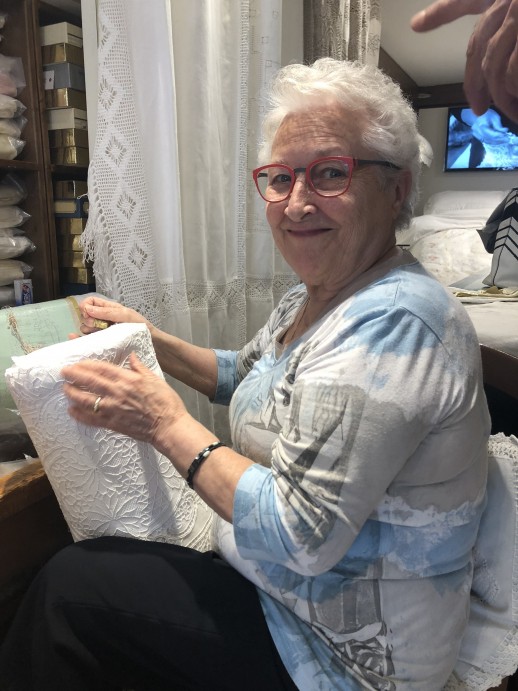 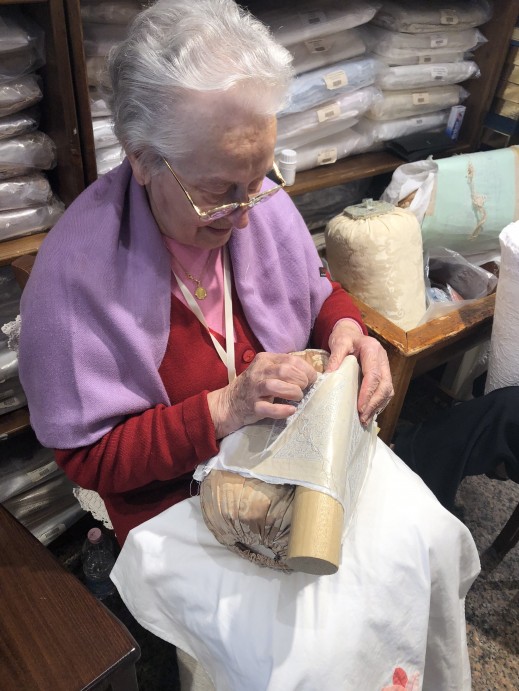 Lace making rose to popularity in the 16th century. Its production eventually became a model of economic independence for Italian women. Historically, it has served as an activity that contributed to the family income and female self-empowerment.

When asked about the dedication and the time spent on each work of art,  Paola, now 66, said: “It takes a long time – around three to four days to create a single triangle corner.”

Dalla Lidia produces more than 100 variations, specialising in the elaborate, regional Venetian lace. Historically, Venetian lace was first found in a painting by Carpaccio in the 15th or 16th century, although records show that the artisan practice originated in Ancient Greece and Asia Minor. The fabric was embraced by European royals like Queen Mary of Tudor and the Queen of France Caterina de Medici. King Luis XIV famously requested a “collar of white hair” for his coronation ceremony in the 17th century.

In addition to its famous fabrics for wedding dresses, lingerie, home decor and jewellery, Dalla Lidia also makes 3D sculptures made of hand-woven lace. Its in-house museum is a shrine to this Venetian art form that has adorned the region’s “Doge” class during Venice’s economic heyday. Handcrafted, 18th century fans, wedding garments and swathes of fabric adorn the walls. But perhaps the bottega’s most impressive piece is Paola’s reproduction of Leonardo da Vinci’s “Last Supper” painting. Entirely hand embroidered, the masterpiece took an entire year to weave. 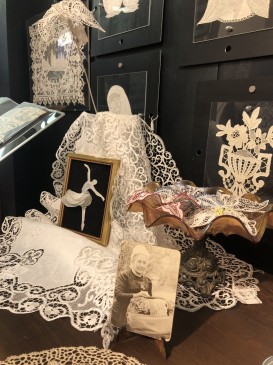 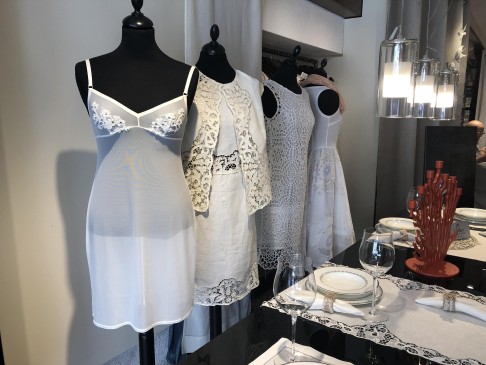 “We changed with time, as per the changing demand. Earlier we used to do a big table cloths with whole lace, which was way too expensive for people. Now we do pieces of lace attached to cloth which can be easily accessible to many customers,” Davide said, adding that the majority of the shop’s customers hail from the United States, as well as Russia.

“Most people stumble upon our shop because they are curious to see how lace is made.”

Garima is a former software engineer whose penchant for fashion encouraged her to take a quantum leap towards the field of fashion. In India, she rigorously promoted kashmiri pashmina artisans. A go-getter who believes that every visual expression tells us an unique story. In 2017, she pursued fashion management in Milan. An adventure enthusiast who loves to travel and explore new places. Currently working with Baco Luxury to promote artisans.

BRESCIA–Truly a visionary, Brescia-based gallerist Chiara Rusconi turned a grandiose, purportedly haunted, 17th century palazzo, known as the “House of 100 Windows,” into a world-class gallery that…