Scandicci, Italy–Alessio Brandi, Gherardini’s 70 year old master purse maker has been trying to work less and spend more time with his grandchildren, but the fact is, the company needs him right now.

The 70-year-old Florence-native has worked on many an iconic “Lisa,” “1212” and “Bellona” bag with his bare hands. When he was 15 he started working for his family’s workshop and later went on to work for companies like Chanel and Dior, before settling at Gherardini, where he has seen many young people come and go.

“Young people want instant results. The reason why we don’t have more artisans is because they think that there is no future in being an artisan,” Brandi said at Gherardini’s Scandicci headquarters, where his tools, worn by decades of handiwork, are scattered around his work station.

Gherardini, which just turned 130 years old this year, has only a handful of modeler’s or artisans who create prototypes. Recent hires are first given the task of constructing the bags before graduating to Brandi’s level.

Lorenzo Braccialini, Gherardini’s director of marketing, said that the artisans employed by the company are the most coveted in the whole chain of employment at the Tuscan-based state-of-the-art factory, outfitted with photovoltaic panels and built with Feng Shui rationale.

“We get a lot of applications, but for marketing and managerial positions. Only about one or two percent of these applications are for artisan positions. Young people don’t see the value in a job that involves working with the hands,” Braccialini said, noting that modelers are paid a wage 20 percent more than the company’s average salary.

One artisan Brandi has set his hopes on is 22 year old Laura Baroni, who helps him by constructing the bags.

“It is an honor to work aside Brandi. He explains everything to me. You can’t learn this in school, you need to work in a place like Gherardini,” she said as she brushed swatches of leather with mastic. Her work station is decorated with stars and hearts and her signature Laurina written in broad brush strokes.

While many of her peers didn’t make it past the first year, Baroni has been at Gherardini for the past three years, her second job since graduating from high school.

“I don’t know what else I would do if I wasn’t working with my hands,” she said.

Working with a revival of the old Bellone model celebrated in Gherardini’s 1960s and 70s heyday, Brandi points out some Gherardini classics. “These are evergreen. They never go out of style,” he said.

“At the end of the day you see what you have created. What other job can give you that sort of satisfaction?” Brandi said. 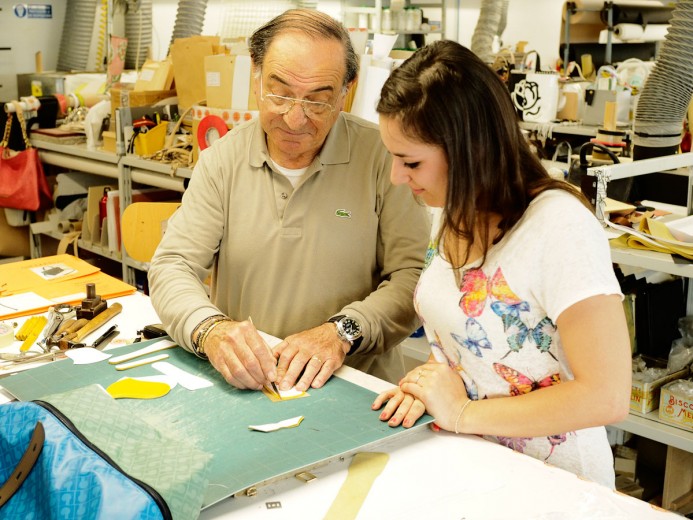 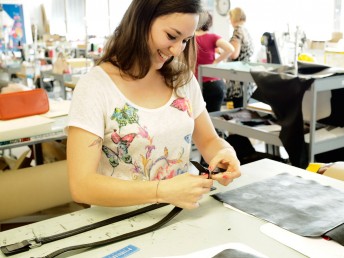 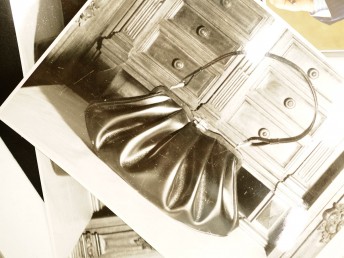 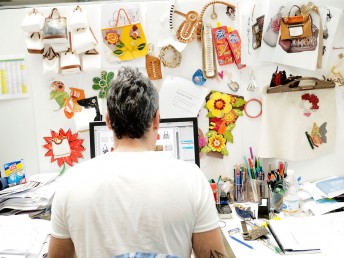 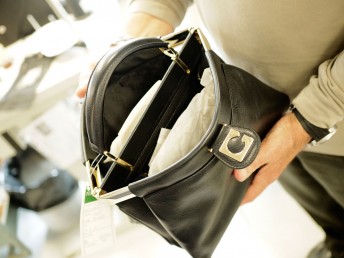 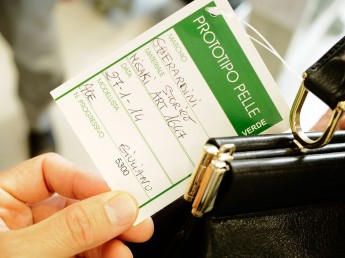 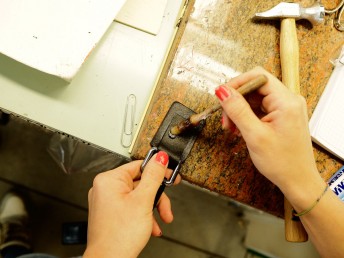 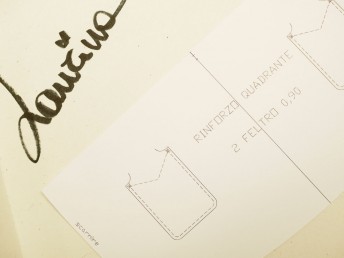 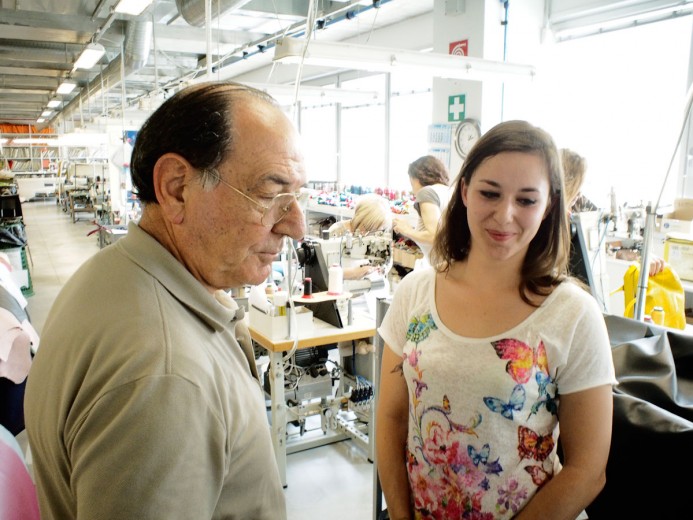 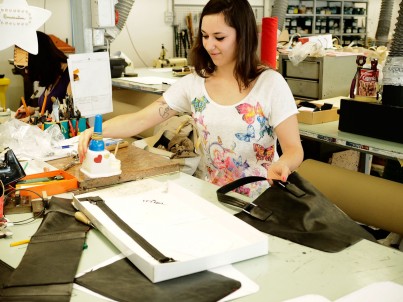 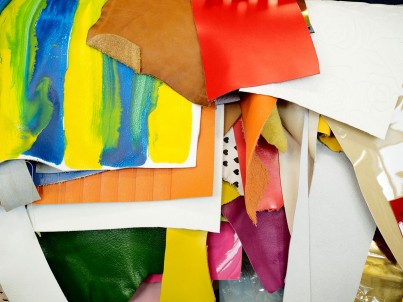 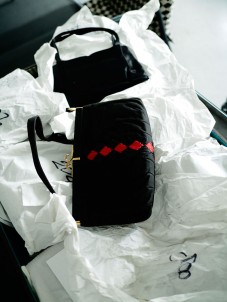 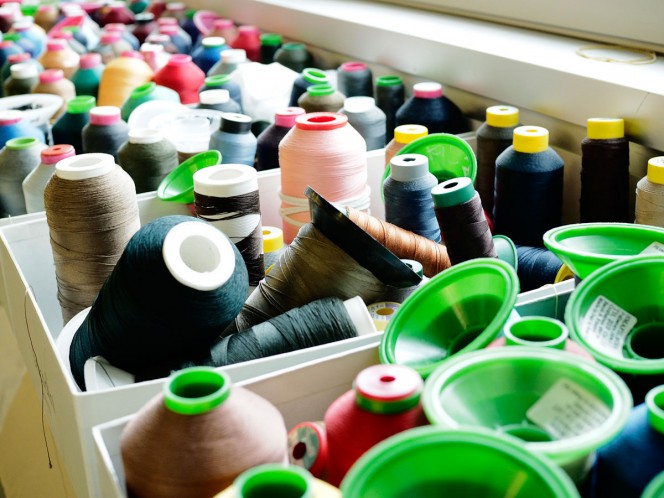 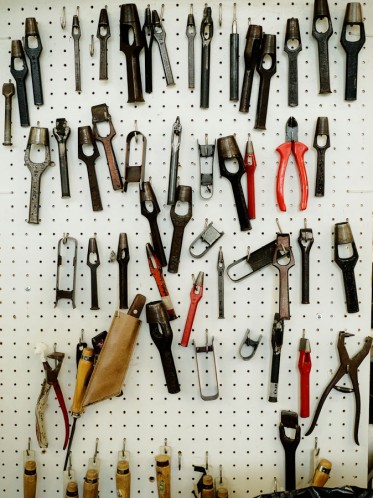 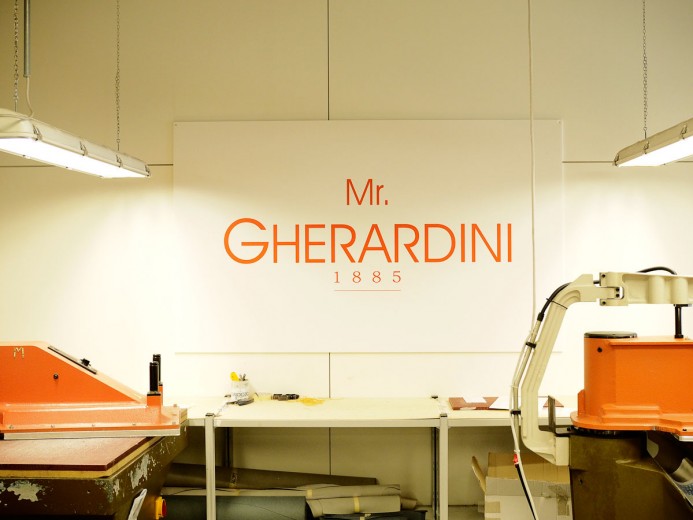 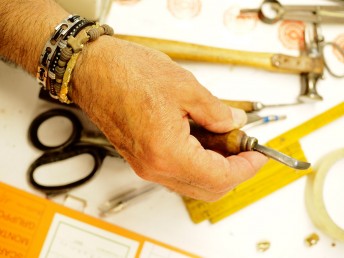 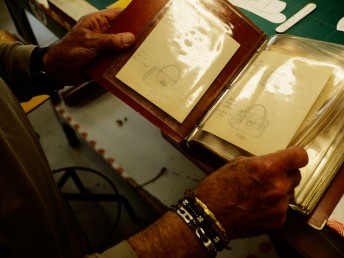 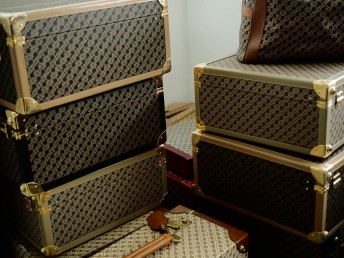 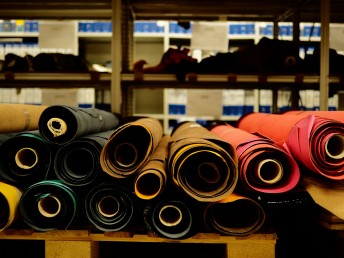 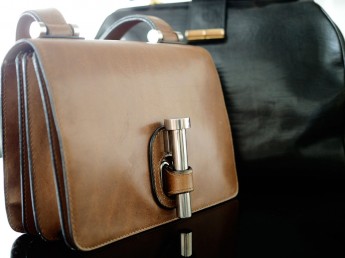 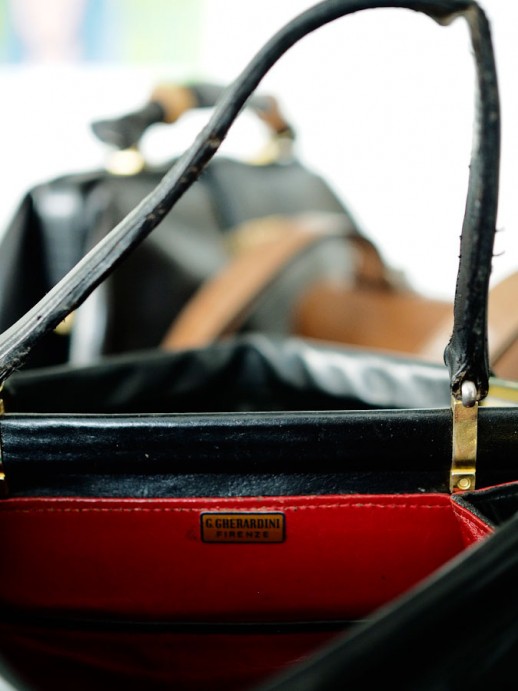 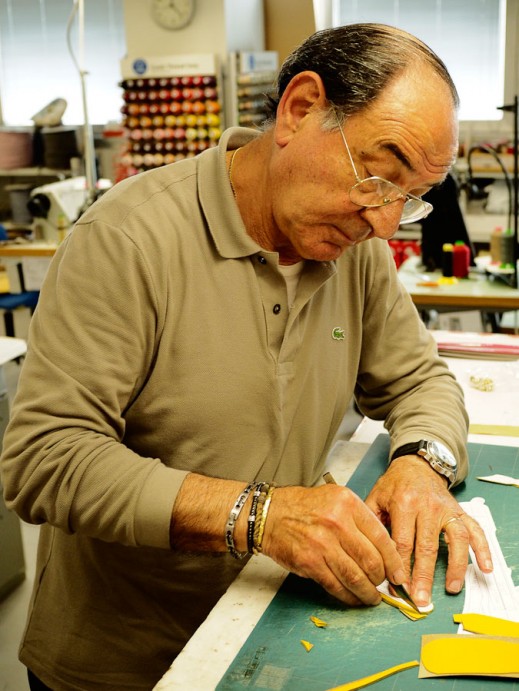