Porto, Portugal–At Portugal fashion week, which unfolded between the nation’s capital Lisbon and the financial hub Porto, designer Susana Bettencourt, a knitwear specialist, showcased a women’s line inspired by nomadic cultures like the Eastern African Masai and other tribes that live in harmony with nature. But her hand crafted copper jewelry stole the show.

A former student of Central Saint Martin’s in London, Bettencourt makes all of the pieces by hand in her studio in Portugal, where she moved after living in London. She left the UK because she found it difficult to source materials for her collections.

“It was hard to create my own line in London. I now live here, just 30 minutes away from the two factories I collaborate with,” Bettencourt said.

While her knitwear is a testament to Portugal’s rich textile heritage, her culture and historic-referenced jewelry is often the protagonist. Exaggerated metal collars, crowns and even shoulder adornments are reminiscent of tribal queens and goddesses of ancient African, South American and even Greek cultures.

“I use copper and little details of silver because they are easier to melt,” she added.

This fall winter season, filled with body jewelry and ceremonial accents were inspired by a nature versus man theme.

“This is a reclaim. Nature is reclaiming what is theirs, and that is why I wanted to use copper.  I was inspired by Masai, as they live much closer to nature than we do.” 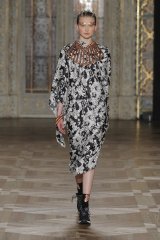 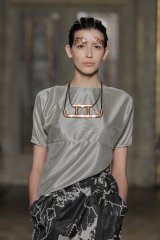 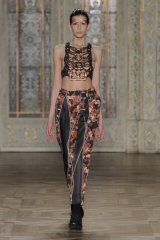 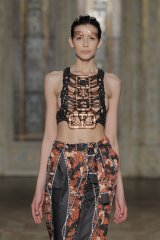 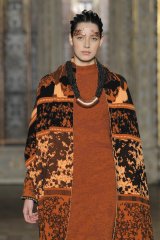 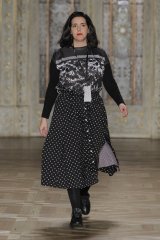 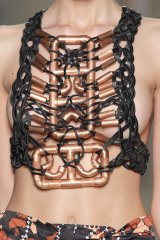 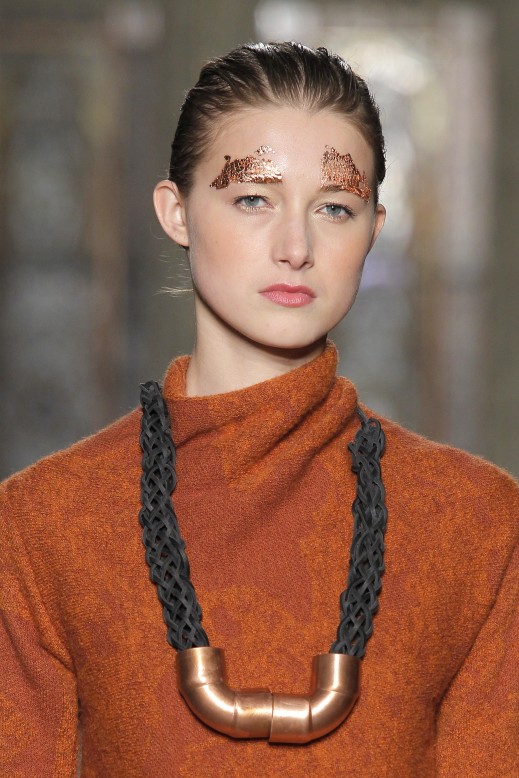 As a sublime expression of the excellence of Made in Italy, one of Italy’s finest and most lucrative silk mills — Mantero — and upscale…