MILAN—Livia Firth, founder of Eco Age, is perhaps one of the fiercest proponents of ethical and sustainable fashion in the world. With the help of Italy’s fashion chamber and its president Carlo Capasa, the Green Carpet Fashion Awards took place at Milan’s La Scala opera house fashion pillars like Giorgio Armani, Anna Wintour, Alessandro Michele, and Miuccia Prada mingled with Hollywood stars like Colin Firth and Dakota Johnson.  From the crimson velvet stage of the world’s oldest opera house, they all paid homage to the artisans and game changers in the industry.

By uniting Hollywood’s A-List and Italy’s vanguard fashion labels to promote the cause, Firth and Capasa may have found the secret sauce to achieving a 360 degree sustainable industry and shining a spotlight on some of the smaller realities that make up the backbone of the fashion industry.

Chiara Vigo, master sea-silk artisan, received the Artisanal Laureate award. Vigo is reportedly the last weaver to make sea silk in the world.  Her craft dates back to biblical times and traces of the fabric can be found in royal Egyptian tombs and in the ruins of Ancient Greece.

“My advice to young people today, is take it slow. There is no place for speed in Made in Italy,” Vigo said, in an emotional speech.

The seamstresses of Maison Valentino, who craft the house’s red carpet gowns by hand, received a heartfelt standing ovation and the award for The Art of Craftsmanship. The founder Valentino Garavani has said in his memoirs that they are the secret to his success. This was also echoed by his successor Pierpaolo Piccioli on stage who wore a white robe to match the team to show his admiration for their dedication and skill.

Other winners included the owners of New Life Yarns and the Como-based Taroni silk mill.

Emerging designer Tiziano Guardini received the Franca Sozzani GCC award for best emerging designer. Other nominees included Co|Te, Matea Benedetti of Matea, and Leo Macina of Leo Studio – all up-and-comers who have embraced sustainability and are committed to working under an ethical ethos for years to come.

“For me, sustainability and not creating waste and polluting the earth has always been a part of my credo. Thanks to technology, that is now possible,” Macina said.

“Italian textile makers are really working hard to put forth sustainable offerings. As designers, we are not only trying to eliminate waste but also design our fashions in a way that eliminates the use of metals and plastics. It’s the future. It’s our future and our message we want young designers to hear,” CO|TE Tomaso Anfossi and Francesco Ferrari said.

The event Firth coined the “Academy Awards of Sustainable Fashion” closed with Prada, Michele, Giorgio Armani, and Pierpaolo Piccioli standing side by side in silence onstage in acceptance of the CNMI Sustainability Award – a striking sign of fashion’s solidarity with the cause. 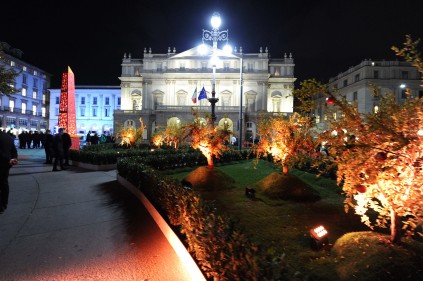 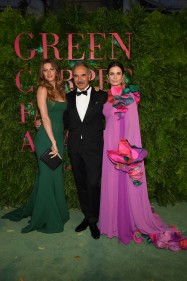 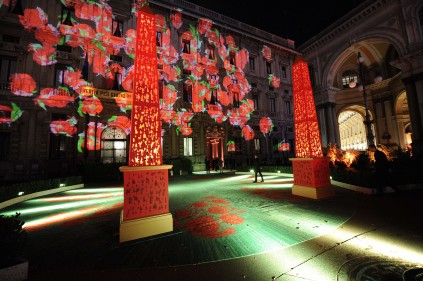 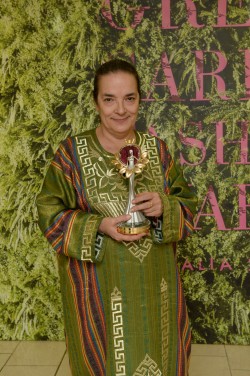 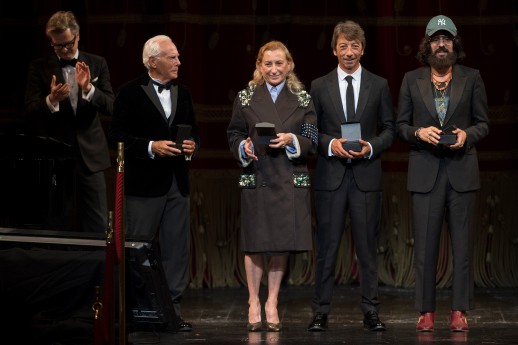 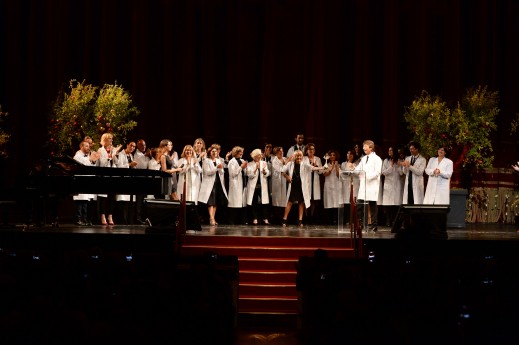 MILAN–In a corner of Milan, poetry and aesthetics come together to form a jewelry collection born from a solid friendship of two women: Viola…