“Diana: Her Fashion Story” traced the evolution of the Princess’s
style – from the naive, ultra feminine Emanuel and Regamus outfits she
wore as a royal newlywed, to the timeless, fashion-forward couture
gowns that made her an icon on the international fashion scene.

To commemorate the 20 year anniversary of her death, Kensington Palace
marked the anniversary with the show that has drawn thousands since it
opened in February 2017. 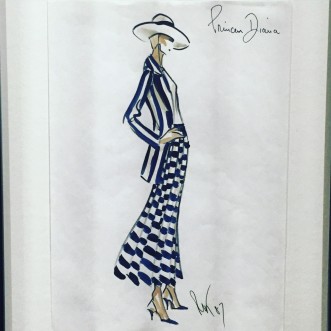 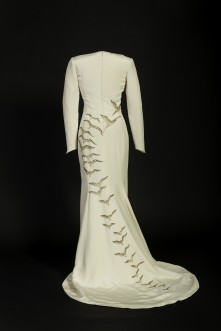 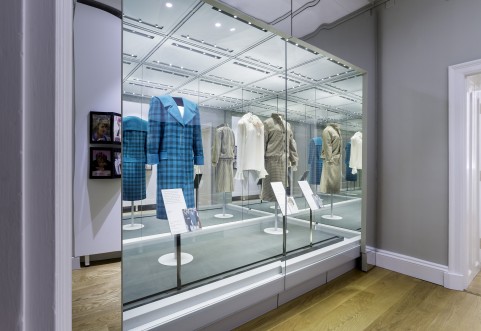 Sponsored by Estee Lauder Companies, the exhibit will be open for a
total of two years. Curated by Eleri Lynn, the showcase aimed to prove
Diana as much of a fashion icon as Jackie Onassis, Audrey Hepburn or
even a more modern day Michelle Obama.

“She was a symbol of what one meant when one spoke of icons.  She took
a role and created it with style and grace,” Donna Karan was quoted as
saying in occasion of the show.

The multi-media exhibit showed video of Diana on her various
humanitarian and diplomatic journeys — including her most memorable
trip to Calcutta where she met Mother Teresa, who died the very same
week Diana’s private car was totaled in Paris. 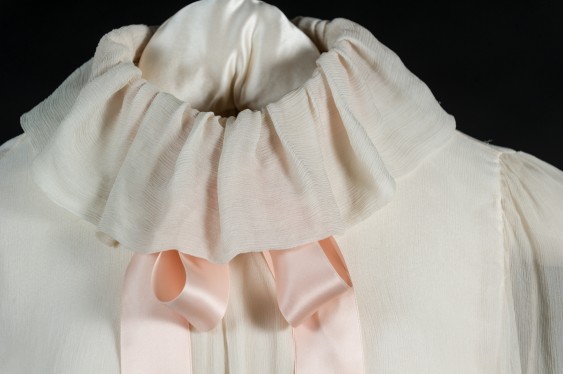 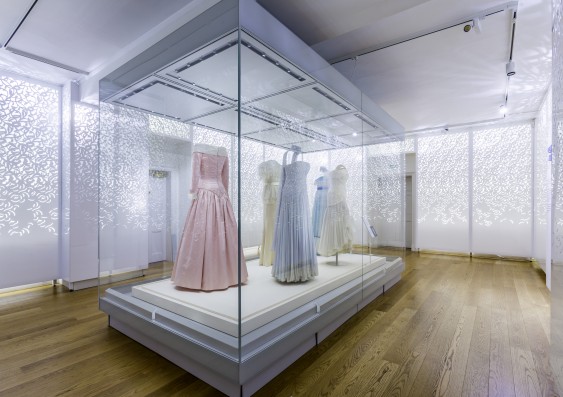 Lynn highlighted that the late princess often asked what message her
clothes would express to the world when she wore them  — like the time
she famously took off her gloves when shaking hands with AIDS
patients, to convey a global message of acceptance and courage.
Demure and soft spoken, Diana understood her power and how to use
fashion as a diplomatic tool.

An example of the careful thought the Princess and her designers put
into garments worn for official visits was the cream silk crepe
Catherine Walker gown was worn on a trip to Saudi Arabia in 1986.  The
gown was embellished with falcons – the Middle Eastern country’s
national bird.

“Every fashion choice she made was scrutinised,” Lynn said.  For this
reason, the exhibit explored how a young woman had to not only quickly
learn the rules of royal and diplomatic dressing.   The show also
explored how she wasn’t afraid to break them.

Diana often opted out of needless pantyhose and exaggerated hats that
were typical of the aristocratic scene and was the first female royal
to wear trousers to a gala event and often wore black, which was
typically worn by the royal family at funerals.

The shoulder-less flamenco-style Murray Arbeid dress that garnered
international media attention because she wore one black glove and one
red one with it was also on display.

Personalised sketches by trusted British designers she made famous
like Emanuel, Roland Klein and Catherine Walker were also on display
with Diana’s own notes.

The last of the six rooms were the auctioned gowns that her son Prince
Williams suggested she sell to fund raise for charity.   The display
culminated in the bejewelled, ice-blue Atelier Versace gown she wore
for a 1991 photo shoot by Patrick Demarchelier.

Mario Testino shots of a confident single woman adorned the room,
reminding us that she finally found not only her own fashion style at
the end of her life, but also herself.