Varese, Italy–Nestled in a hilly town that lies between Milan and Turin, the Zanellazine workshop is full of jovial sculptures, clay pottery and even Japanese Raku ceramics – pieces of art that resonate the world of design, as they do in fashion.  In fact, one of their cartoonish catctus sculptures was featured in Architectural Digest earlier this year, chronicled as a coveted design piece of style maven Margherita Missoni Amos.

As we enter the Varese-based studio, co-founder Lucia Zamberletti (who also designs for Missoni Amos’ kids wear line Missoni Kids)  is pressing a leaf of cabbage onto clay and curling the newly formed leaves with her hands to form a blooming vase.  Nearby, folkloric feminine figures adorn the studio – most of which are bare chested, abstract figures with flowers sprouting out of their heads or are crossing their fingers in protest behind their backs.   They are the hallmark of the Zanellazine brand.  Called “babe“, a slang term that means witch in Northern Italy, these mini statues are a testament to female power and strength through the ages.

“These babe possess a richness… and maybe we’re a bit baroque, but they reflect the ceramics tradition of the south of Italy and of regions that are no strangers to poverty.  The argil clay, which is typical of these regions, allows you to work it in richer ways. I am a huge fan of Sicily, where there is a tradition of making folk ceramics that have a lot of symbology and history,”  explained Lucia’s aunt and co-founder, Giovanna Zighetti, a former set designer.

Later, we find Giovanna hands-deep in a mixture of clay and water and is later heating up the oven to complete orders  (colourful wall ornaments designed as trays of food)  the two have received via their new e-window on design e-commerce Artemest, which has afforded them the opportunity to sell their goods further afield — from New York to Hong Kong.  Despite their isolated location, their name and commercial viability is on the rise.  Sales generated from internet sales are rising, and last year, they were invited by the magazine House & Garden to showcase at their popup shop on Rugby Street in London.

One of their upcoming events is a cultural fair, which will take place on November 26 (via della Vigna 2, in Morosolo from 10 to 5pm), where more than 30 artisans will sell their handmade goods to raise funds for the , Varese con Te charity.

And while their artisan craft has fuelled them into the burgeoning design world, sculpting started out as a hobby and passion for both ladies. Giovanna has been practicing the art of ceramics since she was 18 years old and completed courses near Venice and in France, in order to perfect her technique.

“I actually learned the traditional technique with the pottery wheel, and various courses in the formulation of the glazes.  All of those techniques were  learned from top artisans by merely observing them while they worked.   Giancarlo Scapin was one of them. He’s a great artisan and artist,” she said, over a cup of espresso, gazing out into the autumn-tinted valley outside her window — a landscape that serves as inspiration for most of their pieces. Her hobby turned into a vocation when she teamed up with her niece Lucia and started their ceramic studio in 2012.

“We’ve always had a certain kind of harmony,” Giovanna added, noting that Lucia infuses innovation and a special sort of energy into the project, given her fashion background in product development and studies at the Instituto Europeo di Design.

Looking back, Lucia agrees that their works of art have a certain fashion flair.  One of the most celebrated pieces were little ceramic hand pendants flaring the F-U sign.

“At the end of the day, we are free.  Free from any pressures the fashion world has,” Lucia said. 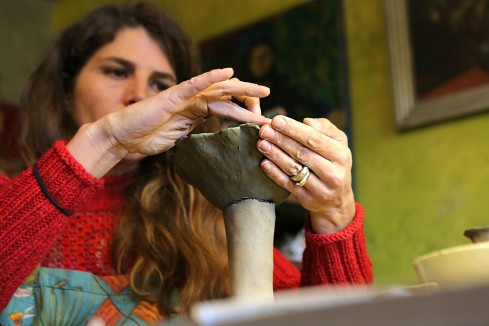 Lucia crafts a vase with her hands. 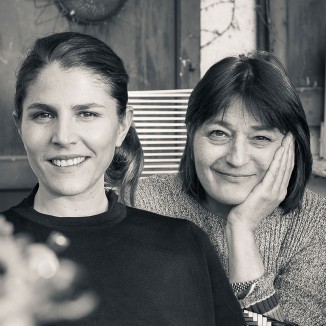 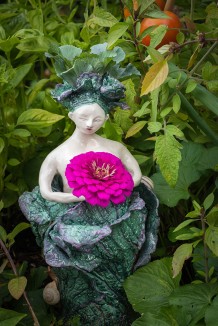 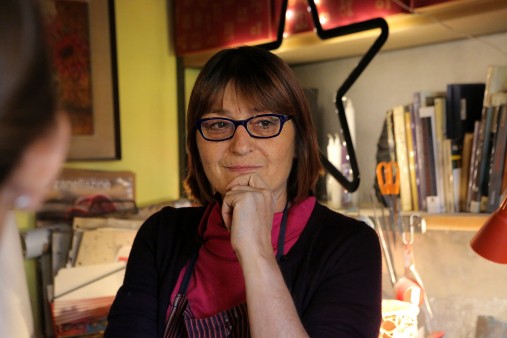 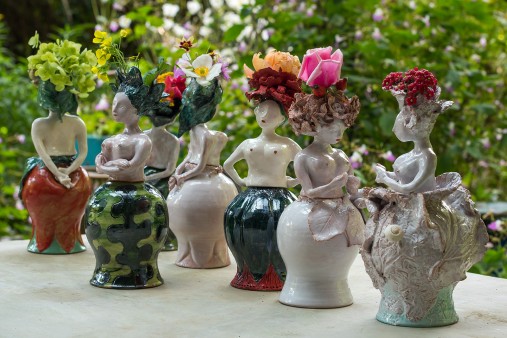 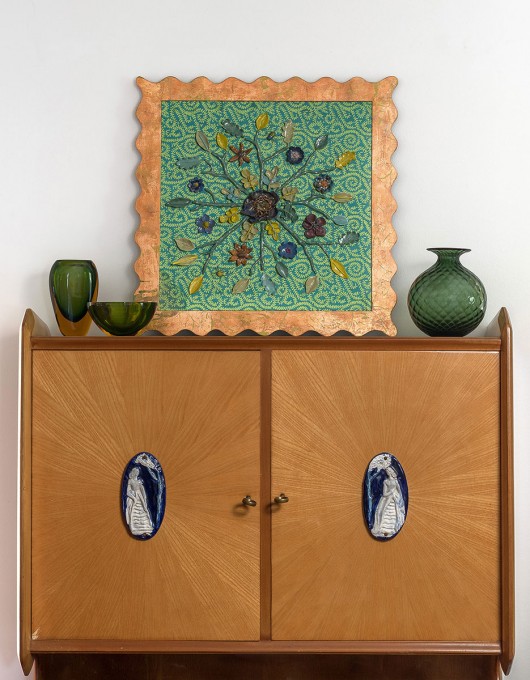 Zanellazine ceramic trays are among the popular items being sold on Artiest. 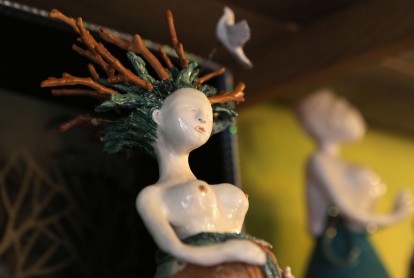 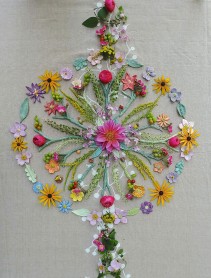 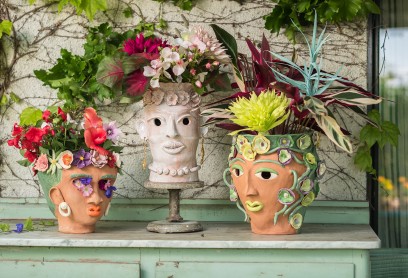 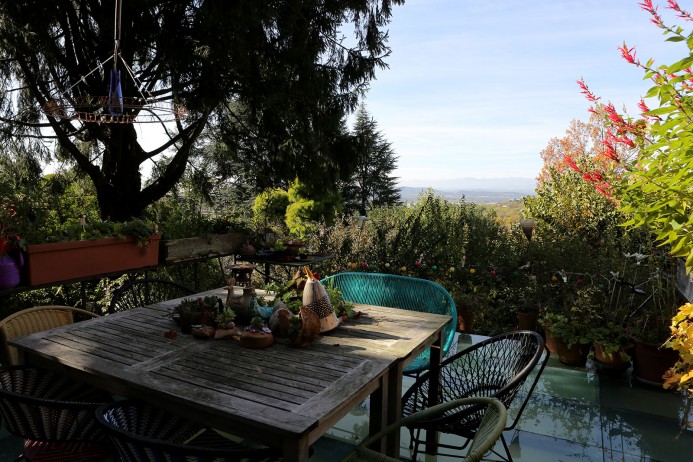 Outside the Zanellazine villa. The landscape serves as inspiration for their masterpieces. Photo by Fabio Loberto 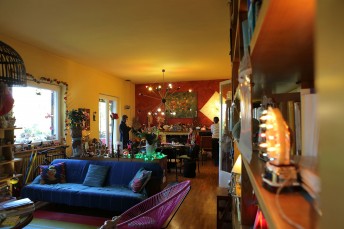 Inside the Zanellazine villa in Varese. Photo by Fabio Loberto 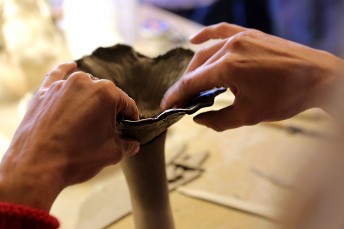 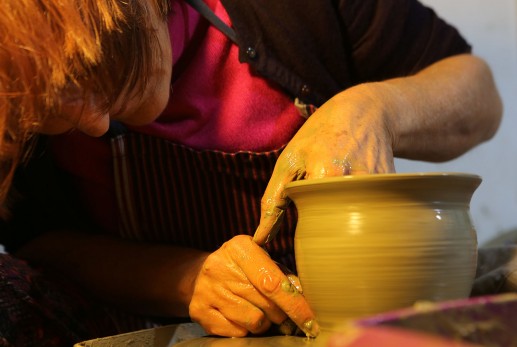 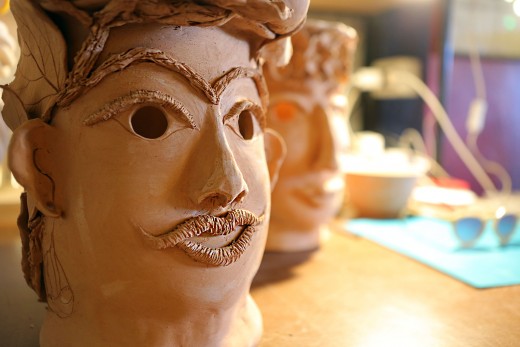 BACO’s fashion editor Valentina Accardo takes you from the vibrant fabric markets of Kenya to an upscale tailor in Parma.  Read about how easy getting…