Amid war and political turmoil at home, 27-year-old  Shapovalova, also a wife and mother,  has spent the last seven years tirelessly promoting Ukraine’s fashion talent at presentations and trade shows in the world’s fashion capitals. In addition to bolstering the country’s most promising brands, she is the video director of NOWFASHION, has her own own television show, Fashion Week With Daria Shapovalova on Ukrainian TV, and writes for the Ukrainian editions of Elle and Harper’s Bazaar, Vogue Russia and most recently, Style.com.

When the bombs went off in Ukraine, Kiev’s fashion world could have come to a screeching halt, but its fashion week went ahead as planned after Daria issued a “please make fashion not war” plea to the industry through You Tube.

“Over the past seven years… We gained support from the world’s best fashion journalists and editors. We don’t want this friendship and the result of this hard work to be ruined because of the current situation in Ukraine,” she said, narrating a short film that showed images of debris, burned fuselage and armed soldiers.

In her most recent venture to garner exposure for Ukraine’s fashion world, she launched THESWANS, a brand that will help a new breed of designers break into the industry through a special collaboration that combines Daria’s experience with designers’ fresh creativity. The first designer tapped to co-design the capsule collection was 19-year-old Anna K.

BACO’s Editor-in-Chief Sofia Celeste met up with Shapovalova at Pitti Uomo in Florence to discuss her personal style.

Personal Style: “You always need a mix of small designers and big brands. They shine together.”

Always: “Dresses because they are easy. You just put them on and go.” 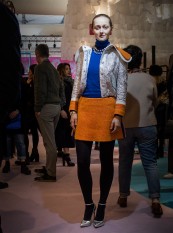 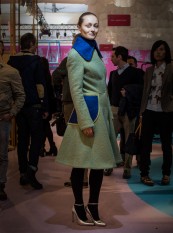 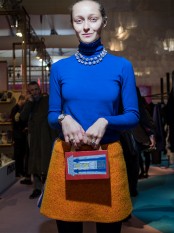 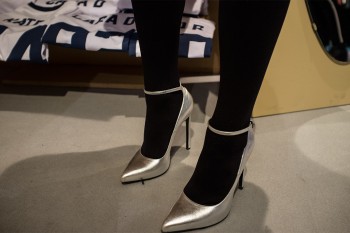 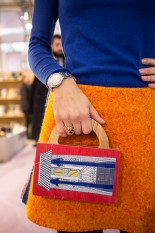 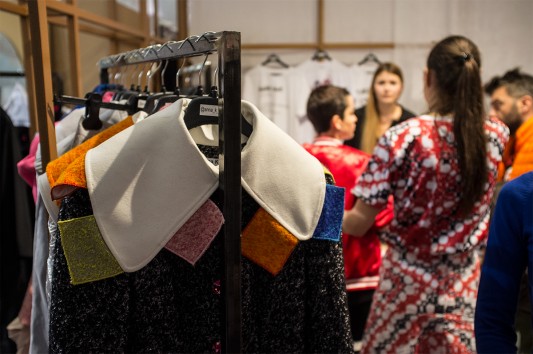 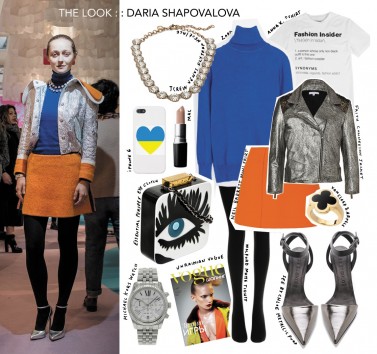 The Look: By Bonnie Dain

MILAN- The opportunity to see how luxury products are made isn’t an everyday occasion, yet from May 11 to the 17, Hermès offered spectators…