SAN FRANCISCO–Blythe dolls were never so in fashion as when they modeled Bottega Veneta’s women’s Spring Summer 2014 collection. Prior to that, they have been quite the craze among collectors worldwide, or at least since the 1970s when they were first designed in the United States. Japanese agency CWC, obtained a license to create and promote the “neo” Blythe doll. With the help of promotional campaigns and fashion collaborations, the Blythe doll has become just as much of a luxury item as a Louis Vuitton handbag, with prices soaring well over $1,000 (compared to about $25 in the early 70s).

One artist fueling fashion’s appetite for these googly-eyed muses is San Francisco-based visual designer Gina Soriano, who in 2013, was featured in the Blythe anthology “Metamorphosis — Art of Blythe.” Gina does not make the dolls herself, but she customizes them and alters them by hand — she crafts their wigs with natural alpaca and mohair and enhances their faces with pan pastels and metallic pigments. Her reputation has garnered her an international following — her top single markets are Taiwan, China and the US.  BACO’s Editor-in-Chief Sofia Celeste chats with Gina about her craft that she stumbled into by accident in 2008.

Why dolls? I never really cared about dolls until I discovered Blythe. I was browsing the Internet one day when I first stumbled upon her. I was weirded out and intrigued at the same time, so naturally I had to know more about this big headed plastic girl. It wasn’t long before I became obsessed. I would spend several hours a day looking at photos of Blythe on flickr. I found that some people were customizing their dolls. All of this was pretty mind blowing and foreign to me. It was like a whole new crazy world was unfolding before my eyes, and I just submerged myself into it. Needless to say I was inspired and I had to own one of these Blythes myself.

When did you start and what gave you the idea? I didn’t set out to collect Blythes. My initial plan was to buy one doll and customize it as my mini-me. However, that didn’t happen and somehow I ended up with several dolls. I just had too many ideas and I wanted to bring them all to fruition. One of the first customizers I found was Picara Rougedolls. She was and still is in my opinion one of the best. Her customs were going for over $1,000 USD way back when I started 7 years ago. It was very rare that a custom Blythe would go for that price back in those days. I never imagined that I would be at this level myself one day, but the possibility of making any money at all while being able to play with dolls was all the incentive I needed. At one point I remember literally saying to myself, “I am going to learn how to do this and I am going to be great at it”.

Who makes the clothes? There is so much talent in the Blythe community it’s ridiculous. So many collectors are making a name for themselves in our world by sewing clothes, knitting, creating accessories, etc. I have a couple friends who I love collaborating with on special projects. I work with them again and again because they are simply amazing, they understand my vision, they take my ideas run with them and come back with something even better. These artists are: Bop Allen – @chenbowery on Instagram/Trio Blythe – www.facebook.com/trioforblythe/Kikihalb –

How did your fashion degree from San Francisco’s FIDM, help propel your business? Schooling has definitely helped me to become a more developed well-rounded artist. One thing I learned about myself in school is that I love the marketing aspect of business. I love creating connections with my followers, engaging them, and showing my appreciation for them. Selling a product is only half of the job. I try to put a piece of myself and my personality into everything I do and I think people dig that.

What are your key markets? I’ve sent dolls all over the world, but most of my fans are located in China, Taiwan, and USA.

Wackiest request? I haven’t had any wacky requests. The weirdest thing people will do is get really nit picky about the details. I’ve had someone tell me they wanted exactly 9 freckles and tell me where they wanted them to be placed. Sometimes people tell me an elaborate character backstory to a doll, which is pretty awesome. I love when my customers get into it as much as I do. It makes things more fun.

Biggest achievement? In 2013 I was honored to be chosen as one of the featured artists in the custom Blythe book “Metamorphosis – Art of Blythe”. It’s incredibly rewarding and fulfilling being recognized by the fairy godmother of Neo Blythe – CEO of CWC, Junko Wong.

Where we can buy your dolls? I sell my custom Blythes via my Etsy store, eBay, and private sale through email.

Average price of the dolls? The average price of a commission is $1000 USD, this is not including the materials it is for the labor only. My complete package dolls range between $1500-$4000, depending on the level of detail and accessories included.

Plus… why are some of your dolls a little dark? why did u chose that as your genre? It’s simple, I have a dark soul! My favorite movies as a 10 year old child were “The Crow” and “The Professional”. I find a lot of beauty in tragedy, darkness, and flaws. I think these themes can be relatable and they tell a more interesting story. 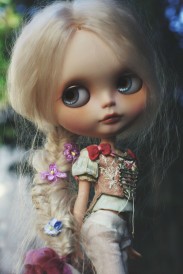 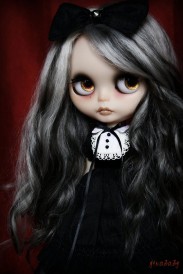 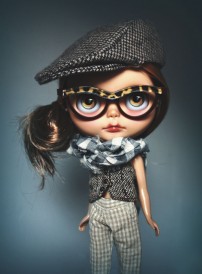 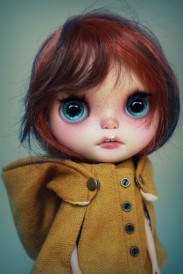 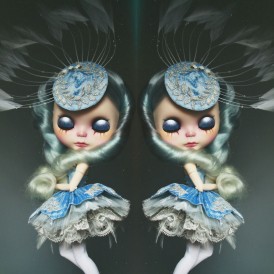 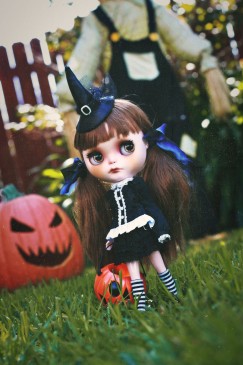 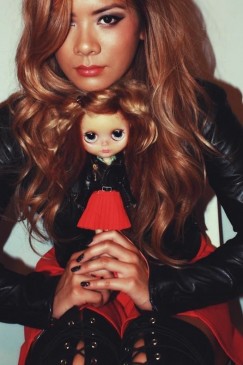 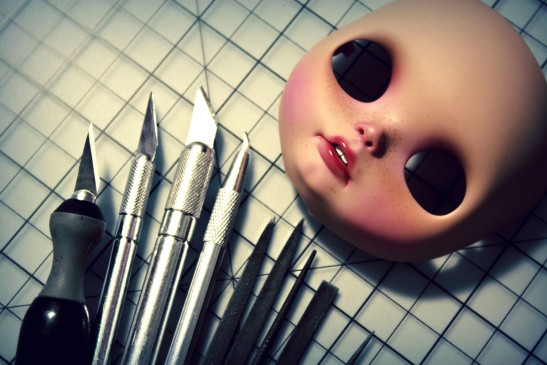 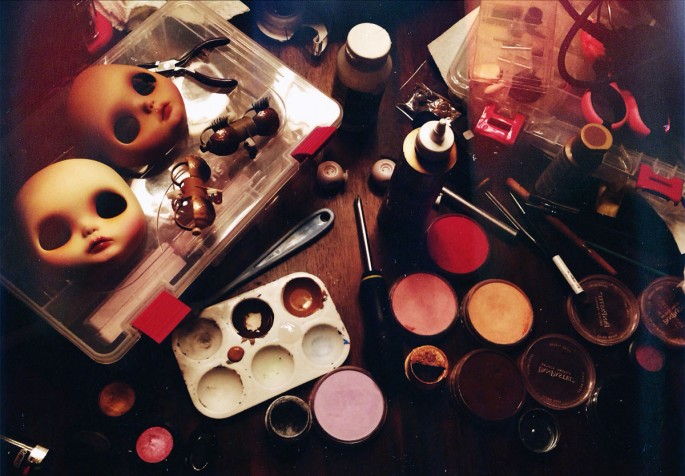 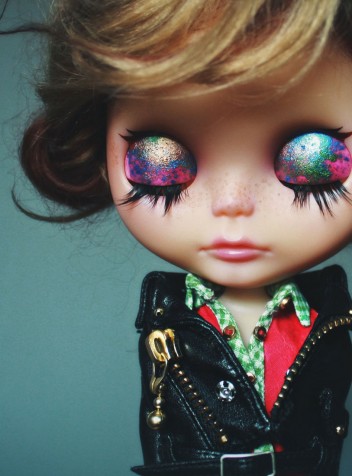 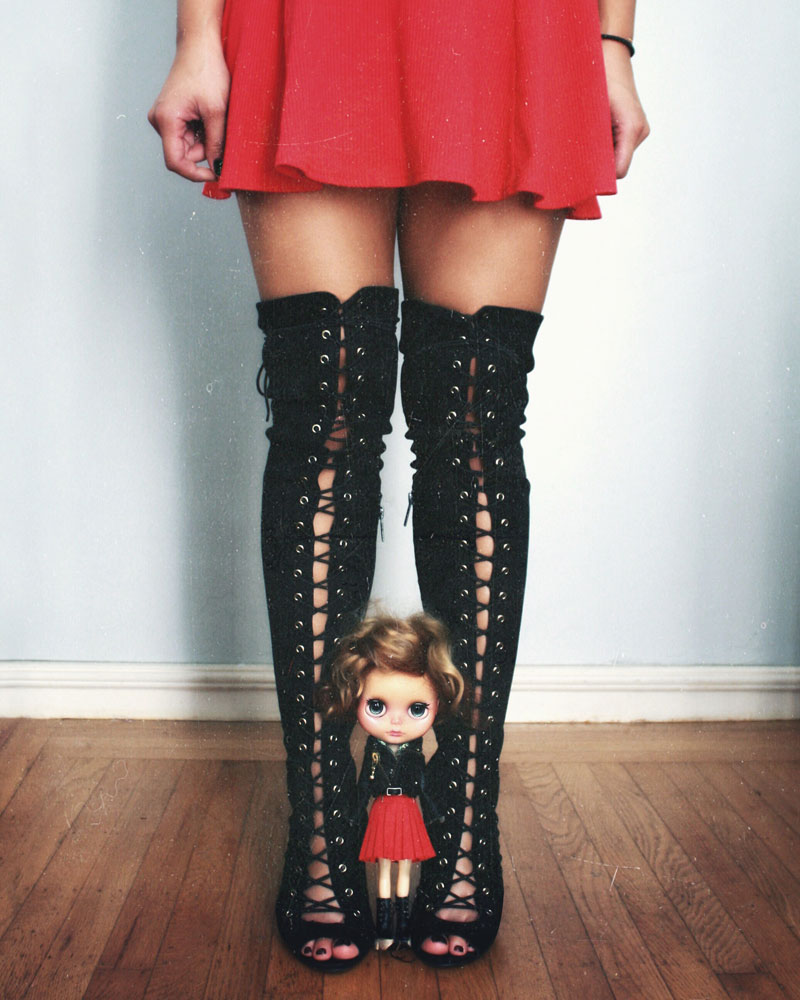