PARIS – In a narrow street in the Marais, the French designer Jason Briggs is standing on the sidewalk opposite his Paris boutique as Julian, the artist better known to Instagram as Regards Coupables (@regards_coupables, 25K followers since his first account got banned for his steamy and sultry illustrations) is applying the designer’s logo as a final touch to the “Looking is not cheating” mural which dresses the facade of the store. “Design, fashion and art should be inclusive. Offering ephemeral artwork on the façade is a playful and of the moment way of including passerbys in the story” says Briggs, adding that he enjoys the contrast between his ever-changing façade and the lasting principle that governs his design process.

Briggs was born to a Scottish father and French-Vietnamese mother and grew up “between Marrakesh, Miami and Marbella” he is fond of saying. Aged 16, he drew his first wallet and had it made in ostrich leather – he still has it. He studied law “because it is always useful” before veering off into telecom engineering. Ever an overactive worker, he kept a string of side projects. A friend suggested they join forces in a consulting company which would later count Holland & Sherry, Lanvin and Dior as its clients. But it was when Azzedine Alaïa, by then a friend, introduced him to the high priestess of design Andrée Putman. Impressed by this tireless worker, she brought him on board in her agency and soon made him director of marketing and communication. He credits her with teaching him “much of who I am today: a mix of rigorous work ethics, playfulness and insatiable curiosity. And to be a party goer, too.”

The influence of his mentor’s economy in design is evident in the clean, unfettered lines of Briggs’ piece which come in handsome shades: glossy cognac, stately tan, contemporary denim, daring violet in addition to classic black, lined in lush Italian nappa. Theirs is an understated elegance. Shapes, he explains, are determined by usage and time-tested designs. His “First” model, a satisfyingly puzzling double compartment wallet with a card slot at the back, was inspired by a vintage model suited for black tie events and dinner jackets. Another fits the French national identity card – a unbending plastified card in a cumbersome intermediate format – while keeping a compact line. The pieces stand to reward those who choose them: the hand of both crocodile and leather is superb and will only age gracefully. They also have a reassuring stateliness to them. 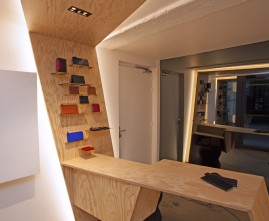 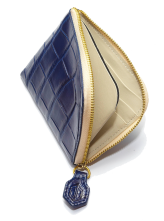 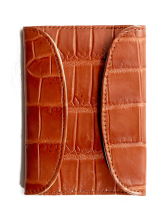 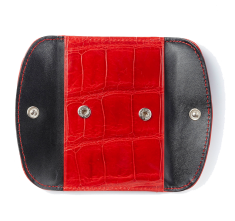 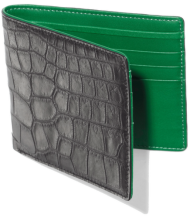 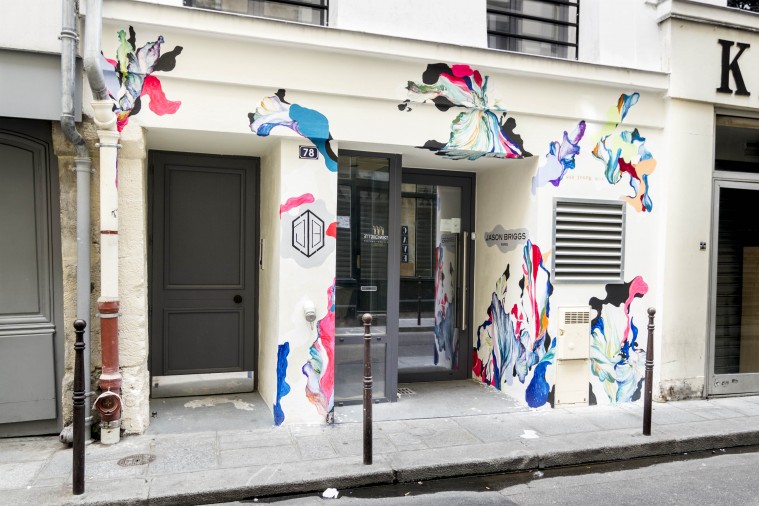 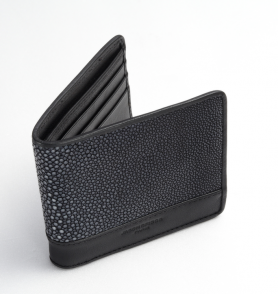 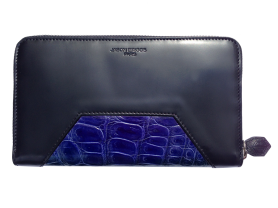 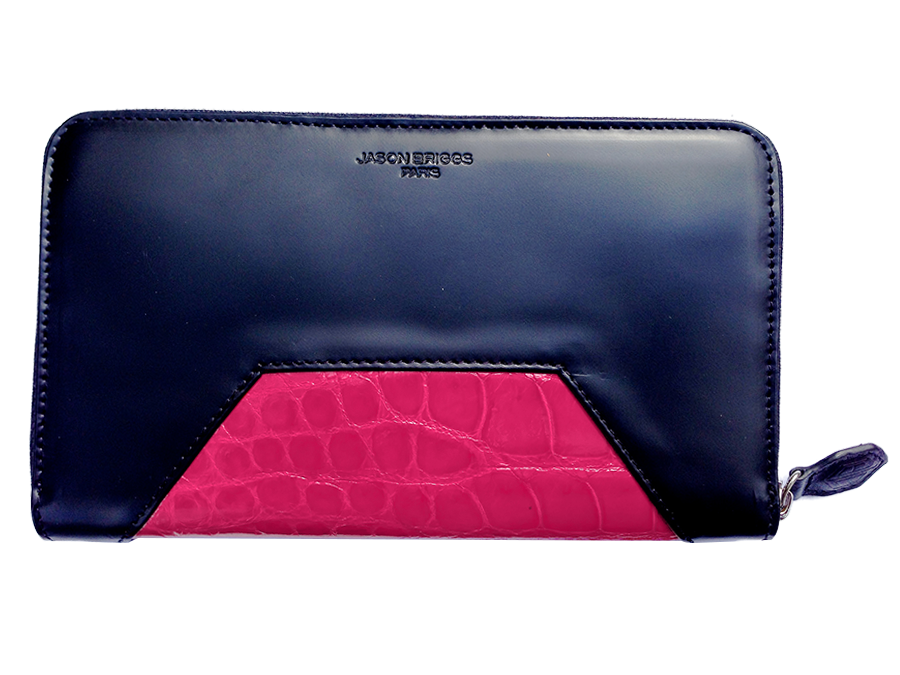 Over the years, that first wallet had given way to dozens of incarnations which Briggs designed for himself or as gifts for friends. Finally, they talked him into exploring this almost entirely untapped niche in accessories. The polarity of his professional identities – branding expert and ethical designer – pushed him to offer his designs at a fair price. Crocodile is the ultimate luxury in leatherwear brands but shagreen is Briggs’ favorite material. With Thailand home to the last master craftsmen in this, implanting his own atelier there felt like a natural choice as well as an homage to his roots. But most importantly, this vertical integration allows him to offer crocodile wallets as an affordable luxury rather than stake the elevated price heights alongside Hermès, Bottega Veneta or Louis Vuitton.

For a line that placed in Le Bon Marché and Colette (with a striking bum bag in the store’s electrifying blue) in Paris, Midnight Express in Istanbul and Tea Rose in Milan in its first seasons, Jason Briggs Paris remains refreshingly accessibly. Interest in the brand has been strong and the designer is ready to take things to the next level: He intends to expand the collection. Bags are in the work, and he is thinking about other ways to introduce his choice material into the everyday. For now, he’s concentrating on his wallet given the economic downturn and the dearth of visitors due to recent events. These plans are outlined with the realist outlook of a designer who seems to know the ins and outs of branding, and favors steady growth over flash in the pan tactics. “Our mantra is staying lean and adapting to our client’s needs. That is what modernity is about.”

Lily Templeton is a fashion journalist deeply in love with all things creative. From the runways to the workshop, she is on the trail of today's golden hands.

MILAN – The fruit of three years of passion and research of a young Chinese artist was unfurled at Milan’s Triennale museum, during the fashion…