Florence, Italy — “Is nothing sacred?” might ask those who sift through the extensive coverage of Florence’s Pitti trade show in quest for the latest in refined menswear, or sartorial dressing, as we have come to expect from the reams of photographs featuring what has come to be known as the Pitti Peacock and captured hilariously in a mockumentary that warmed our cockles.

While Pitti has become a byword for sartorial elegance and tailored legerdemain, it was hard to miss the realistic trend that came to color many collections, nigh on impossible given the much-talked about events by Raf Simons and Gosha Rubchinskiy.But what does the much-talked about incursion of streetwear mean for this bastion of the well-turned shoulder? True enough, most of the fair is dedicated to building a style that falls well within the borders of classical menswear, one would be remiss not to see the wealth of creativity nestled in these very proper racks.

It is perhaps just the subtle reminder, that fashion is nothing if not an ephemeral vision of a given time. To expect it to remain unchanging is to allow it to die a rather ungraceful, antiquated death. In other words, to refute the injection of streetwear purely on the basis that it isn’t traditional is missing the point of fashion.

Yet to expect it to mutate overnight, rather than perform the graceful unfurling of novelty that mirrors our own evolution.Traditional crafts still have a lot to say for themselves, and using them to midwife the future is exactly what we need, so while we wait for it to become a gadget in our wardrobes, here’s a look at a few faces and names that made the June edition of Pitti memorable. And who knows, 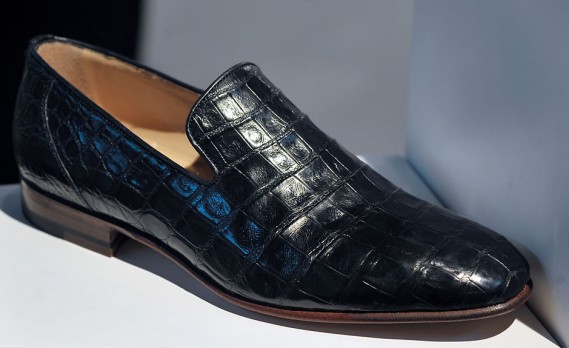 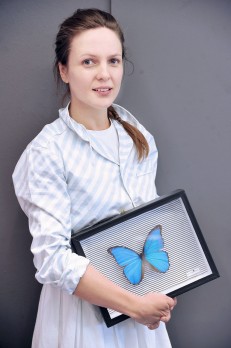 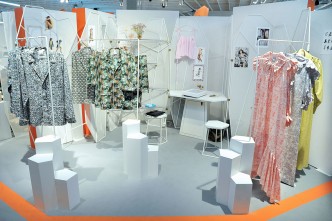 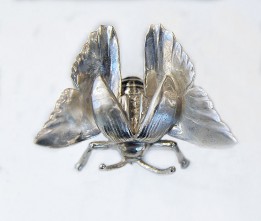 French shoemaker Carvil has risen from a decade-long slumber to offer new spins on the classic models that made Jean-Paul Belmondo, Claude François, Cary Grant and Charles Bronson darken the doorstep of the brand’s erstwhile 8th arrondissement flagship. Rumor has it that Mike Brandt was buried wearing a pair and that the late King of Pop Michael Jackson braved the public eye to get his in Paris.

The story of Fob Paris started with a pocket watch, which spawned a full-bodied collection of watches and timekeeping art pieces (personal favorites were designed in collaboration with fashion artist extraordinaire Erik Halley). Toeing the line between steampunk and future-proof, their models are as handsome as they are weighty. The Rehab variant is a natural favorite, with its top crown. Sari Hijji (right), Aurélien Caron and Laurent Aziz (left) are the reinventors behind this excellent take on contemporary timekeeping. Fans of the genre may also want to peruse the offerings of March LA.B, a more mellow but no less exacting tribute to classic watches.

You can’t go wrong with a great pyjama, and they’re sometimes so comfortable that you’d want to wear them anywhere. Praline Le Moult dug into family history for her P. LeMoult brand, an homage to her butterfly hunting great-grandfather, a snappy dresser whose adventures became comicbook material. Likewise, Horror Vacui (latin for fear of empty spaces) fills a certain gap in nightwear with decadently tempting pyjamas and nightgowns (for ladies, of course). Its designer Anna Heinrichs designs prints that are one part charming print, one part Hieronymus Bosch with a dash of Jazz Age flair.

The antidote to forgetting your umbrella is purchasing one of the beautiful models created by Francesco Maglia. On the racks were dozens of variations so there wasn’t much else to do but wonder at how many combinations one could decently get away with (and how many more could be indecently kept).

Rony Zeidan was the perfect fashion plate to showcase the work of title of work‘s creative director Jonathan Meizler. Not only are the brand’s shirts a thing of wonder, but there were ties that put paid to the term “couture” with their highly decorative embellishments. The silver jewelry, a sonata to hybrids and chimaera certainly didn’t hurt.

The supremely dapper François-Régis Laporte has made a name for his Maison F neckwear house by giving a new lease of life to the age-old ball and chain of the tie. Made in France, cut from the finest silks and in limited quantities, his pieces have become such a hot commodity that UGC partnered with him during the Cannes Film Festival to offer last minute bow ties for the red carpet bereft.

And last but not least, there were dozens of names that need further checking out: PB 0110 and its exquisite minimalist leather, the contemporary hats designed by Klaus Mühlbauer using his family’s millinery heritage, the fun and fickly London Sock Company where fantasy knows no bounds,

Lily Templeton is a fashion journalist deeply in love with all things creative. From the runways to the workshop, she is on the trail of today's golden hands.

MEDELLÍN, Colombia–Due to the influence of indigenous culture, mixed with a modern latino flair, Colombia is now home to some of the hottest fashion…