MILAN–When we parked in the unsuspecting residential neighborhood about 15 minutes south of Milan’s city center, we were stunned by the enchanting setting that awaited us beyond the gates where we were set to meet paper sculptor Mauro Seresini, who has worked with the likes of upmarket brands Valentino and Tod’s.

Rows of pottery and terracotta statues saluted us as we were enveloped by the cottage-lined courtyard and arrived at the window-pained doorway of Mauro’s studio –filled with paper dragons, butterflies, flowers,mythical-like birds and ironic animal sculptures.

“It all sort of happened by chance. I was asked once to work with paper, and then I found out that I really liked it,” the 39-year-old San Giuliano Milanese  said, noting that he left school early and decided to work first as a mecchanic and light technician for special events.  “I am self taught,” he said, shrugging surrounded by X-Acto knives, paper trimmers and scraps of Bristol paper.

Seresini has recently delved into the world of film and animation that culminated in a  project for Valentino — an elaborate Chinese New Year film involving a paper butterfly-breathing dragon, that expells explosions of Valentino red handbags and sunglasses — and another cartoonish film involving little paper cutout copies of floral designs by the duo Pier Paolo Piccioli and Maria Grazia Chiuri.

In a way, Mauro, with his quiet, shy demeanor, his baggy jeans and his plain blue wool sweater  it almost seems as though he has an aversion to excess but his art says otherwise.

“I like to work with irony and things that are 3 dimensional.”

IN THIS ISSUE: Mauro Seresini: Luxury’s Paper Artist , LÅGUAS & GÅNI: ISLAND WEAR FOR THE MODERN MAN, IRAN: Our Fashion Editor on her Persian Journey, THE LUXURY HIPPIE-CHIC OF NINAEL 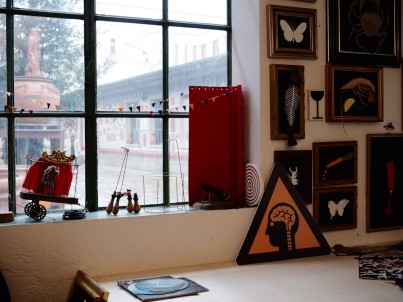 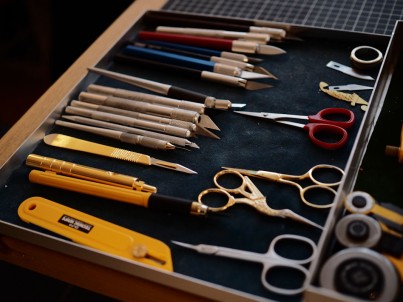 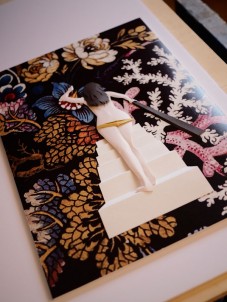 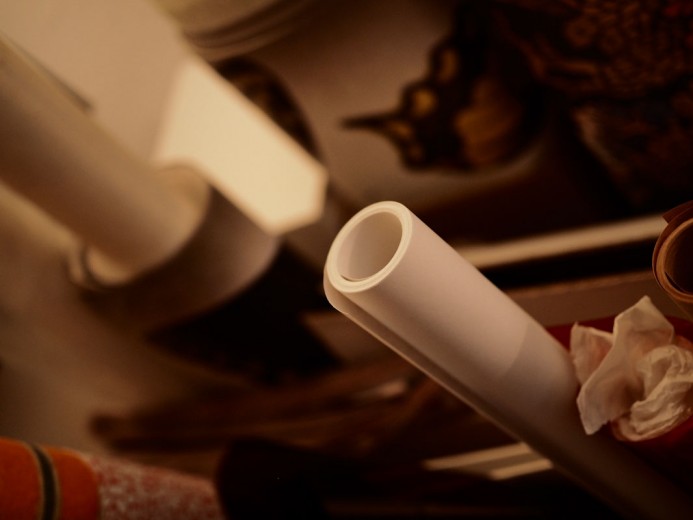 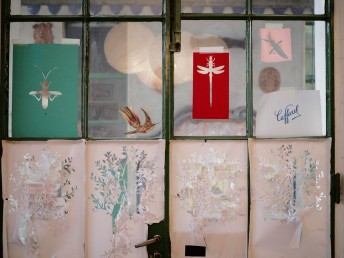 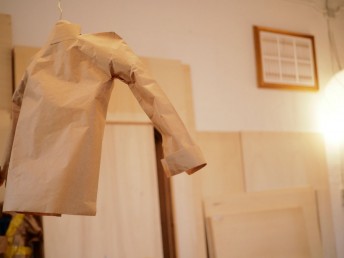 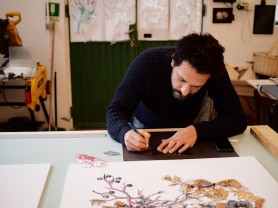 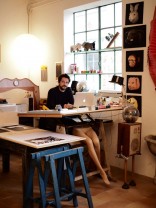 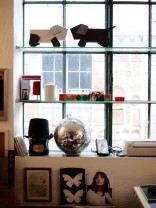 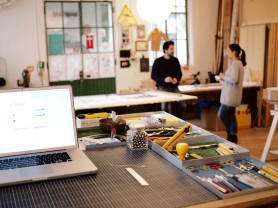 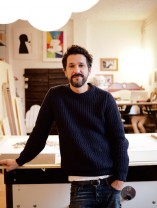 PARMA–“I have a passion for vintage luggage from 1860 to 1950, from the carriage to the first airplane, when volumes changed shape,” said Paolo Crescimbeni, a…