Bellagio, Italy –Taking the ‘silk route’ along Lago di Como to Bellagio, was like stepping into a crafts village, home to generations of artisans.  A walk along the lakeside boulevard, navigating cobblestoned alleyways, peeping into 19thcentury vintage shops led to Pierangelo Masciadri’s atelier.

There’s no better way to describe Pierangelo than as ‘an intellectual artist, designer and stylist’. But he’s better recognized as the man who designed Bill Clinton’s election-day winning tie! Before launching his namesake label, he studied as a graphic designer at the Academy of Brera in Milan and worked as a textile designer for big names in the fashion industry. All of his creations are ‘works of art’ and a few minutes in his shop is akin to taking a heritage tour through Italy.

Renaissance art, baroque, neo-classicism, art deco, art nouveau inspire the prints of scarves adorning the ceilings, the silk bags, ponchos and his ‘presidential ties’. Imagine an art gallery, a museum and an archive all rolled into one shop and designed by one man. Even if you didn’t know your history, each piece is accompanied by a small postcard explaining the story behind the art.

“I want people to know the meaning behind each of my designs. It’s very important and a huge satisfaction to see people not only wearing my creations but actually wearing art.” 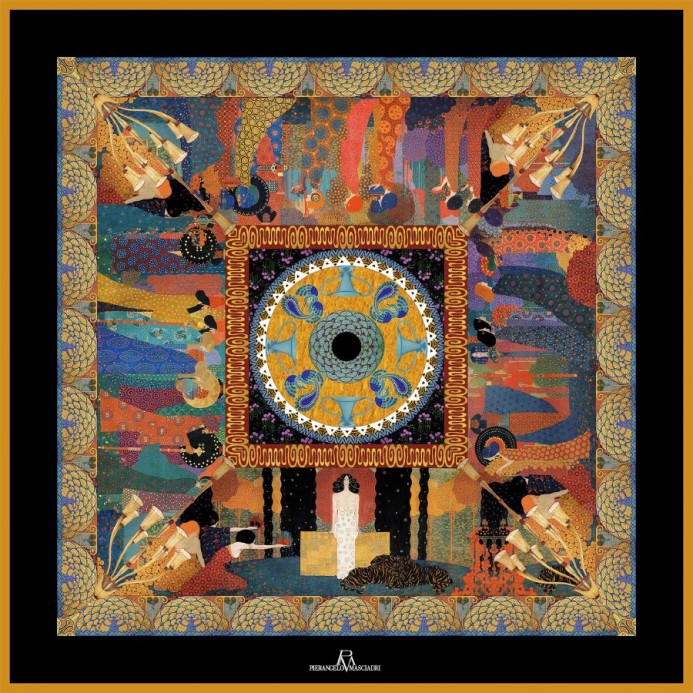 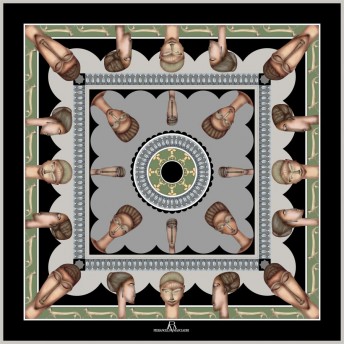 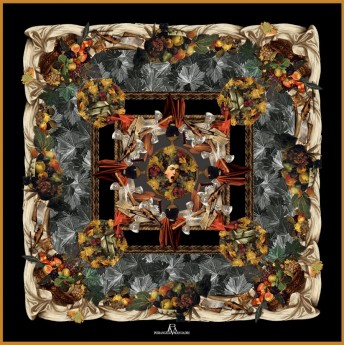 Rising to fame in 1992 after one of his designs was chosen to be worn by Bill Clinton on the day he won the elections, Pierangelo believes that:

“The cravat is very important in a man’s outfit; it’s the only accessory a man has to translate a strong message.” 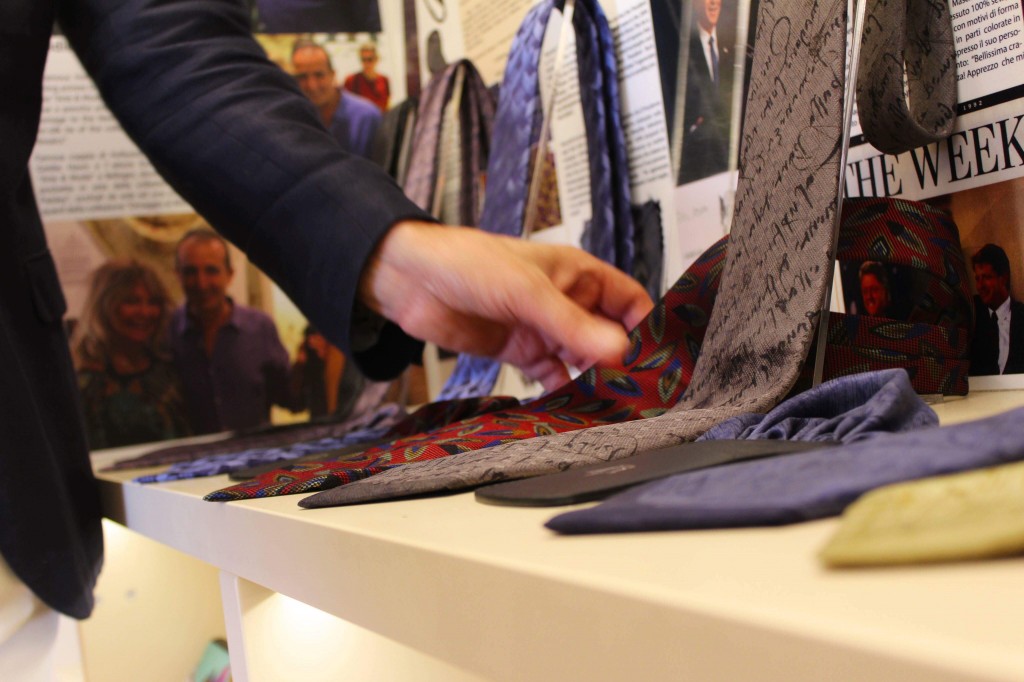 He also designed ties for George Bush in 2004 and gifted a set to Barack Obama who responded with a letter (thanking him and speaking of the importance of ‘connections between cultures of our countries’).

Re-interpreting Leonardo da Vinci’s Leicester Code onto silk ties is nothing short of intellectual, but that’s just one of his collections. There’s more to his designs than meets the eye. Through his art Pierangelo pays homage to Venetian liberty, Murano glass artisans, painters like Caravaggio and Modigliani and architects of the ‘Razionalismo movement’ like Terragni. A scarf with a simple pattern that seemed to be a play on symmetry and optical art was completely transformed into an exact replica of a famous Terragni building in Como, in just three quick folds. 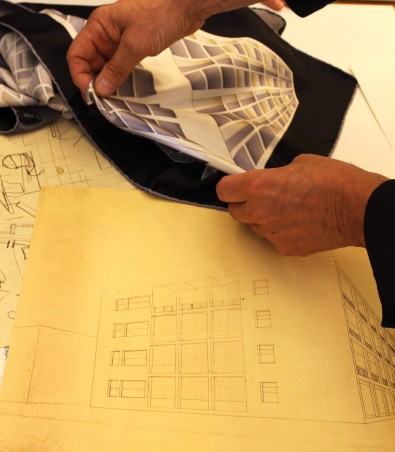 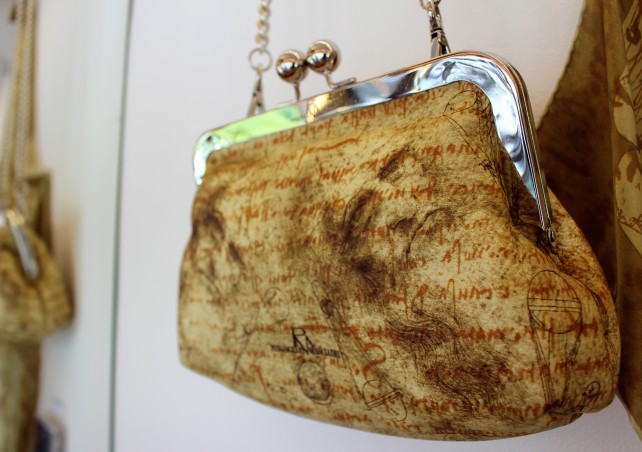 Inspired by the Leicester Code by Da Vinci

“For me, fashion is also a way to send a cultural message. My collection, Homage to Arione, is connecting art and the theme of protection and preservation of marine life.”

Designed for Prince Albert II of Monaco, the story behind it,  is in the myth of Arione, a famous lyrist who saves himself from being killed at the hands of pirates by playing his music to attract dolphins who rescue him. The artwork is inspired by the renaissance frescoes of Andrea Mantegna.

“In my scarves, I have all the stories of history.”

SUSTAINABLITY AND THE DESIGN PROCESS

“My philosophy is to exult the Como Silk in my creations. It respects the environment and it’s also the reason why it’s so expensive.”

Designed by Pierangelo and Made in Italy with 100% Como Silk, the label takes care to ensure a green footprint. His artisans work on hand-rolling the scarves, hand-stitching the ties and his line of accessories use glasswork made by the craftspeople of Murano. 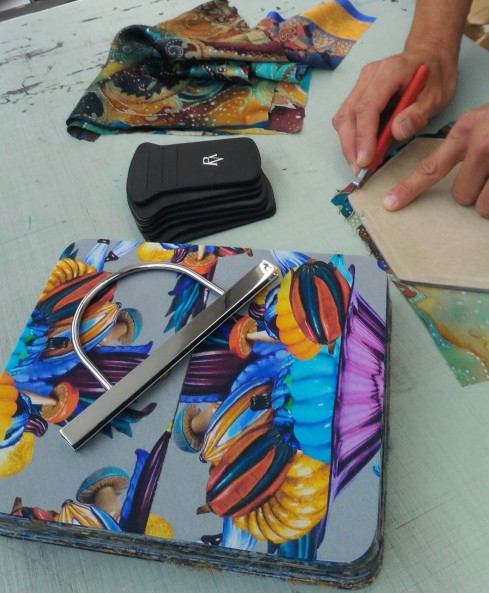 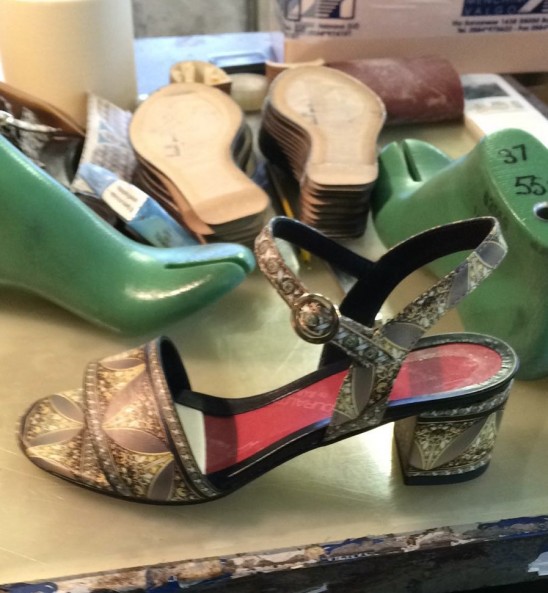 Sneak-peek at the upcoming collection

While Pierangelo manually draws the designs on papers with oil paints and watercolours, the printing is done after it is converted into digital art. With a small embarrassed smile he says, “When the design is transferred into the computer I look at it and usually make many, many changes always. But the man who does this is very patient. To obtain the best you have to work many, many times on it.”

The shift to digital is recent and has not been without challenges. He was very unsure about the change and preferred working personally with the traditional ‘lucidista’ or screen-printing techniques. “Now I am really happy because there no limits to creativity and there are unlimited colours, with screen printing there were maximum 25 colours. It is also very important from an economic point of view because with screen printing we had to do 40 meters at a time, but with digital I can print only 5-6 pieces if I want.” 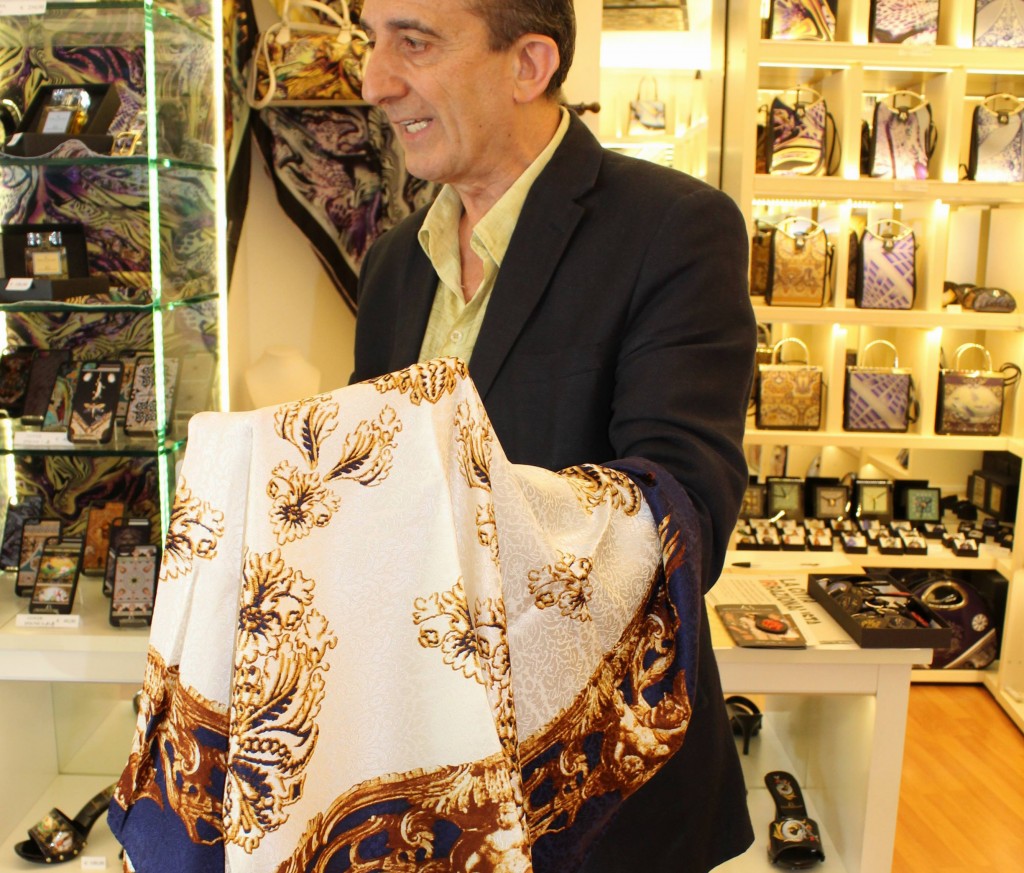 One of the oldest screen-printed scarves inspired by Venetian Splendour

With only two stores, both in Bellagio, economic and sustainable production are key factors in their family run business. However, there is no shortage of clients at the store: from doting tourists who have heard about his presidential ties to celebrities who frequent Bellagio and even those who stumble upon his store by chance leaving spellbound by his art.

WHERE TO BUY: Via Roma/Salita Mella, Bellagio or visit his site for more information here

Aarushi is a Fashion Communication and Media Strategist based in Milan. Having been in the realm of fashion for the last 8 years, she has studied communication, management, styling, design and worked at different brands in India and Italy. Currently a Digital Marketer at Letasca (a young Milan-based streetwear brand), in her free time she fuels her passion for travel, exploring small towns, discovering new cultures and artisanal brands for Baco.

By Salvo Sportato Murano, Italy–It’s November the 9th, and even if we’re travelling in the Bel Paese on a cloudless day, there is a…