MILAN–Probably one of the most stunning barber shops in the world, AnticaBarbieriaColla has been trimming the beards and sideburns of Milan’s most affluent inhabitants since 1904. Its founder, the late Dino Colla made the shop famous because of the five-star techniques he developed —   steaming hot towel after shave treatment, the “sfumatura a candela” haircut (a burning technique that fortifies weak hairs) and his shampoos made of Marseilles soap flakes, bitter almond oil, egg, rum and salt. The current owner Franco Bompieri has been carrying on the tradition since 1960 and is propelling the business into the 21st century. With his daughter, the family has branded a special line of shaving creams, lotions and shampoos that are sold in the store, on their website, or on

We took a trip to their shop on Via Gerolamo Morone 3 and convinced our web director Fabio Loberto, to give the historic shrine of men’s grooming a try — mostly since Fabio has a distinguishable beard. To be more specific, Fabio has a Winnfield, a reverse goatee of sorts that has been celebrated among history’s cowboys, WWE wrestlers and 1970s heartthrobs.

The pomp and circumstance of Antica Barbieria Colla did little to pursuade Fabio, who decided to keep his beard intact. Read about his experience here: 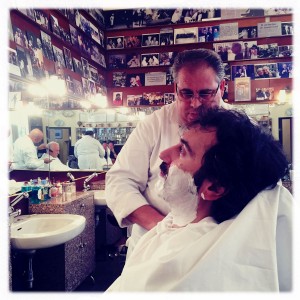 The barber slathers Fabio’s face with Antica BarbieriaColla’s special shaving cream concoction with a pure pig-bristle brush. Fabio is trying hard not to laugh or move, as his barber moves closer with the open razor blade. 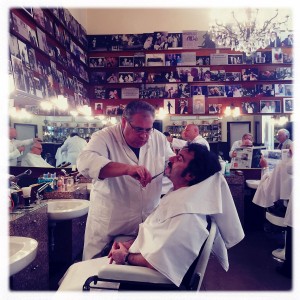 After the smoothest shave of Fabio’s life, the barber then trims his beard. The fade trim is Antica Barbieria Colla’s specialty. 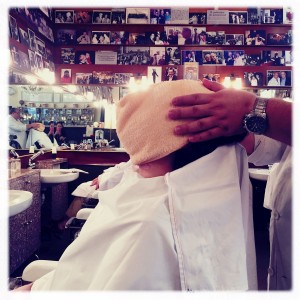 This is what Fabio calls a real gentleman’s spa treatment. The massage ritual starts with the application of a an almond-scented lotion. The barber then places a steaming hot towel around the face, followed by a massage with a special pre undercoat moisturising cream that is made of bitter almond soap, brandy and Marseilles flakes. 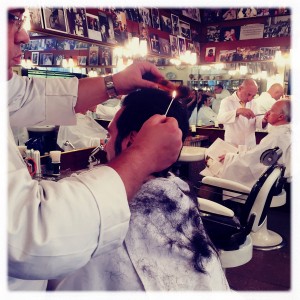 Now that Fabio’s beard has been trimmed and he smells pretty amazing at this point, it is on to the cut of a lifetime. After a shampoo with Antica Barbieria Colla’s special product that is made exclusively for the salon, Fabio’s split ends are burned with a long match to fortify the hair. The smell of burned hair is washed away when the barber applies a cooling lotion that leaves Fabio’s head tingling. 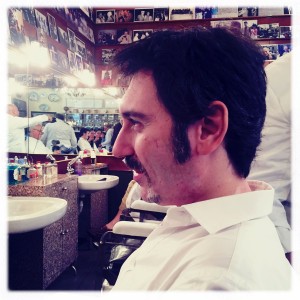 Winnfield beard is intact. Fabio’s hair is just how he wanted it and he smells like a almonds, apricots, sandalwood and tobacco.

MILAN–Giovanni Grillotti, G2G’s creative director, spent six months in his early twenties working at the daycare of Rome’s Rebibbia’s prison, while moonlighting as a tailor…