PALERMO–The heir to the UNESCO-protected marionette theater Opera dei Pupi, Mimmo Cuticchio is also a famous actor known for his role in Emanuele Crialese’s “Terraferma” and for his cameos in international box-office hits like Frances Ford Coppola’s “The Godfather III.”

“L’arte rinnova i popoli e ne rivela la vita…(Art renews the people and reveals life to them),” is the saying emblazoned in front of Palermo’s Teatro Massimo’s tympanum, at the top of a inconspicuous, yet historic street named Bara all’Olivella, where Mimmo Cuticchio’s Figli d’arte theatre and laboratory is tucked away.

While you wander down further down the road, impulses from the past when ancient puppeteers and canestorie illustrated legends of old, Shakespearean tragedies and Greek myths.

Today, not much has changed. In his sacred laboratory filled to the brim with costumery of armor, weapons, wood chips, brocade textiles and hammered metals,  BACO’s Photo Editor Salvo Sportato talks to the Maestro.

The fashion world has yet again discovered the beauty of traditions, artistic craftsmanship and uniqueness of artisanal work, and we’ve seen Pupi‘s images on some of the most important runways. Do you feel this is positive for your art, or somehow misleading?

I think this is quite similar to movies or advertising that use archaeological sites as a set. I think it is useful obtain an echo and to get to be known by as many people as possible: helps memory and helps to build an heritage. Fashion designers act for their own purposes, but it is essential that any image is built and featured in-line with the tradition. Many designers were in time inspired by art and tradition. Vivienne Westwood for example, was inspired by history and art, painting in particular.

Have you had contacts with designers interested in your work?

Yes of course. Times ago I hosted some designers to study the Pupi’s subjects and I also took part in a shooting for a clothing brand. I think it is important not to distort the history, the tradition. I must ensure dignity of the art, to my art. After that, I believe in the contamination and in the evolution.

What kind of materials do you use to build a Pupo?

I use wood for the structure, every kind of fabric (silk, velvet, wool, cotton, satin) often recycled, copper and iron. For the sets and costumes I am inspired by Sicilian tradition of embroidery, lace with macramè technique, but I’m also inspired by northern European traditions, for example I’used recycled Scottish Tartan fabrics for a Macbeth piece. In the same performance two actresses dressed the “Scappolari”, traditional country Blacks cloaks coming from Polizzi Generosa city, by the way Domenico Dolce’s hometown.

Are your Pupi signed?

I do not use a real signature. But all my pupi are recognizable by a technical detail that I realize to obtain the best pupo‘s maneuverability. I inherited this from my father. 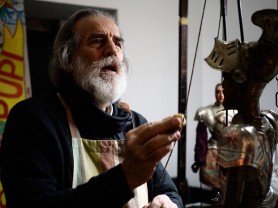 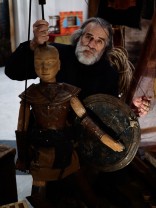 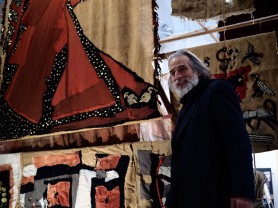 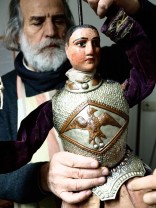 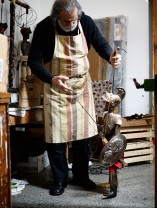 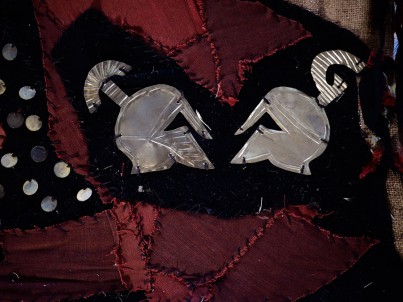 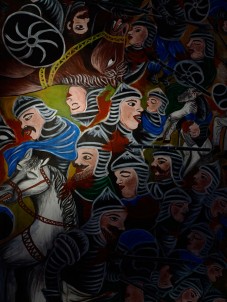 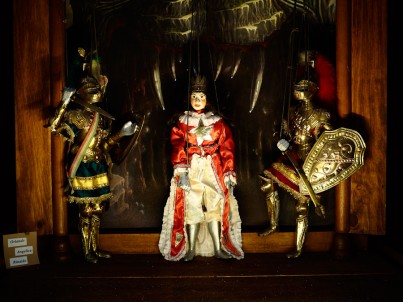 Photographer Salvo Sportato has an affinity for the seamless movement and grace of the ballet world and the splendor of the opera. He spent several years as the Teatro alla Scala Academy studying those worlds, while working as a communications manager. He eventually traded his blackberry for a camera and has gained significant recognition for his portraits, which he enjoys refining into works of art. He recently published “Ramp,” a book about Sicily’s abandoned sulfur mines for Italian publisher More Mondadori. His portraits and photo reportage has been published in Vanity Fair, Panorama, Italian dailies Corriere della Sera and La Repubblica, as well as Opera and Opera Actual.

Reggio Emilia, Italy–Situated in the former Max Mara headquarters, the Maramotti collection is known for its permanent displays and temporary exhibitions of contemporary art….