Zurich, Switzerland–Kinsfolk tells a story of connections: the connection between sisters, artisans and countries.

Childhood summers spent in Sri Lanka was the starting point of Kinsfolk, a jewellery and scarf brand started by Josie and Jessica Fernando. Travelling from Switzerland, the sisters spent their holidays reconnecting with their father’s roots and gained exposure to the world of Sri Lankan handicrafts.

Although neither Josie nor Jessica studied fashion, in 2012, they took the plunge and set up their company in their spare time. With their fresh and contemporary style, they quickly gained a strong customer base in Switzerland. They recently set up an office in a quiet residential side street of Zurich’s Wiedikon district which seconds as a showroom to meet with retailers and customers.

The Kinsfolk jewellery is their main focus complemented by beautiful silk batik and handwoven scarves. In Zurich, they became known for their Mirissa ring which is made of seven aligned and connected thin bands. Their attention to detail reflects their Swiss upbringing where design details like using massive silver or seamlessly interlinking rings increases the quality and timelessness of each piece.

Semi-precious stones like sapphire, onyx and quartz are used in the colourful and chunky designs. Most of their stones have a geometrical triangle or rectangle shape but some pieces feature the traditional Sri Lankan teardrop.

Their most recent collection, Palmyrah, is inspired by the art of weaving palm leaves to make baskets and mats in Sri Lanka, working with artisans to recreate this weave  with thin strips of silver. The new batik scarf collection echoes the colours and shape of palm leaves.

But Kinsfolk is not just about beautiful jewellery, their brand is a perfect example of designers working closely with artisans. Speaking with Josie, she quickly dispels the myth that working with artisans is as easy as 1,2,3 and says that having a real connection makes the difference. Indeed, as with any business or initiative building a long-standing trusting relationship requires a significant time investment.

For their first collection, Jessica spent several months in Sri Lanka working directly with goldsmith and batik artisans to perfect the collection and achieve the finish required. Josie explains that a key step was getting over cultural differences: “The difficulty can even be convincing them to try and do it.”

For example, the goldsmith could not conceive that anyone would want to make triangle shaped stones. Other challenges arised when it was impossible to re-produce a popular batik scarf as the dyer could not replicate the exact same colours. Furthermore sometimes the artisans had an entirely different concept of order deadlines.

Building a strong relationship was a learning curve for both the artisans and the designers, with both parties learning from each other and often reshaping boundaries of the possible and impossible. Josie speaks fondly of their batik master who enjoys getting involved in the creation process and giving her input to improve the design.

Ultimately, Josie and Jessica overcame any issues and in retrospect these probably seem minor because of how far the brand has come and the positive feedback received from their customers. Their family link to the island is an undeniable advantage on the ground. However it also means that working in Sri Lanka is about more than just doing business. Their hearts are just as, if not more, invested in their brand as their money. 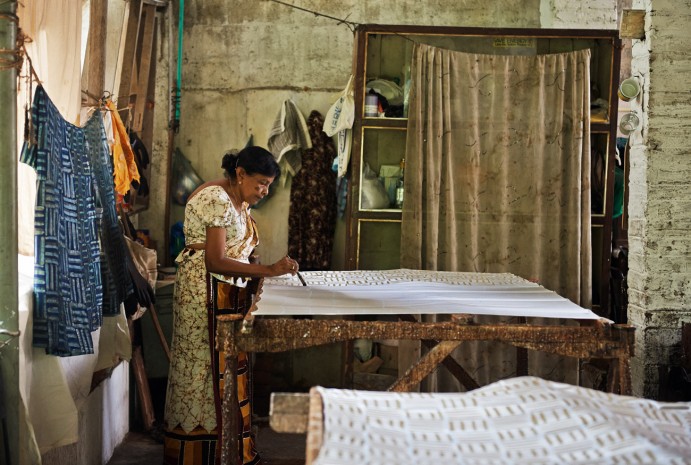 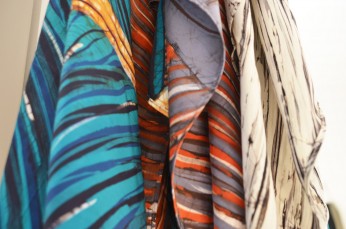 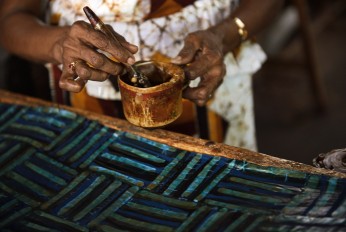 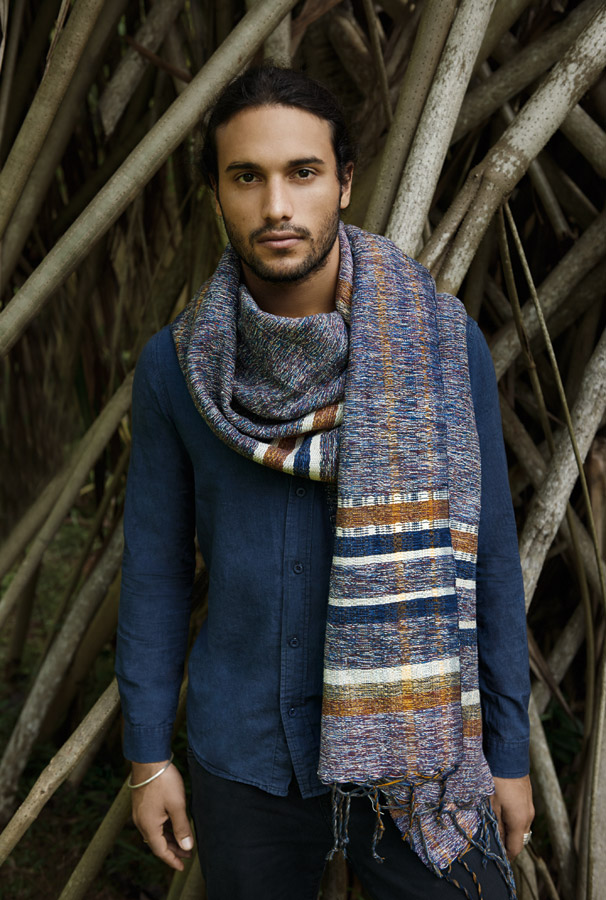 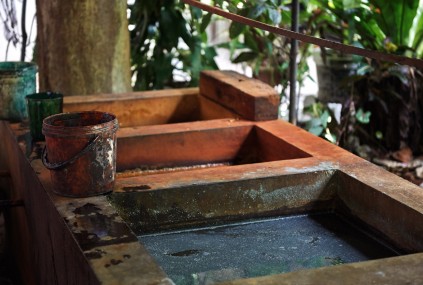 Dyeing vats at the batik workshop in Sri Lanka 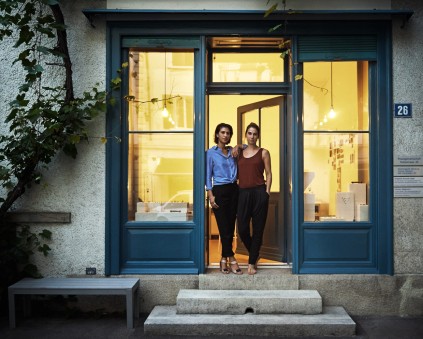 Jessica and Josie Fernando, the sisters behind Kinsfolk in front of their office in Zurich 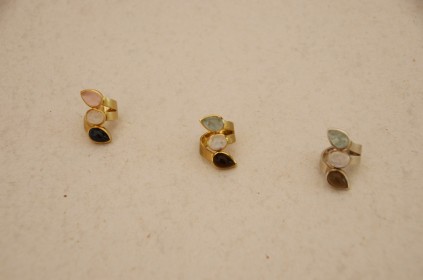 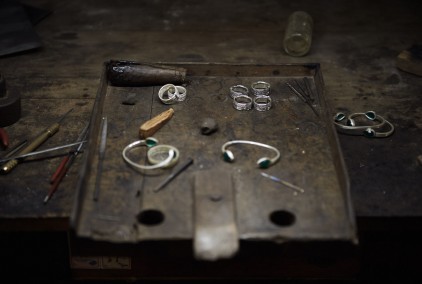 Inside the Kinsfolk workshop 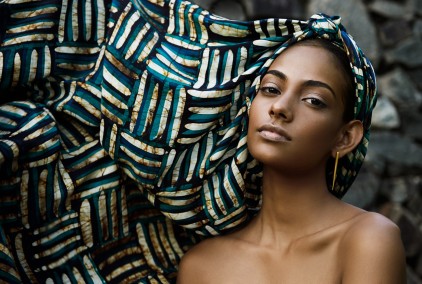 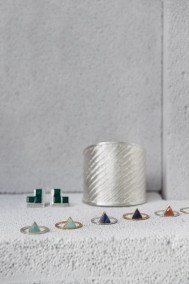 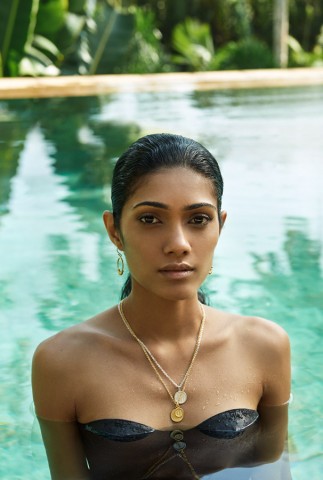 Kinsfolk Palmyrah pendants made by goldsmith artisans in Sri Lanka 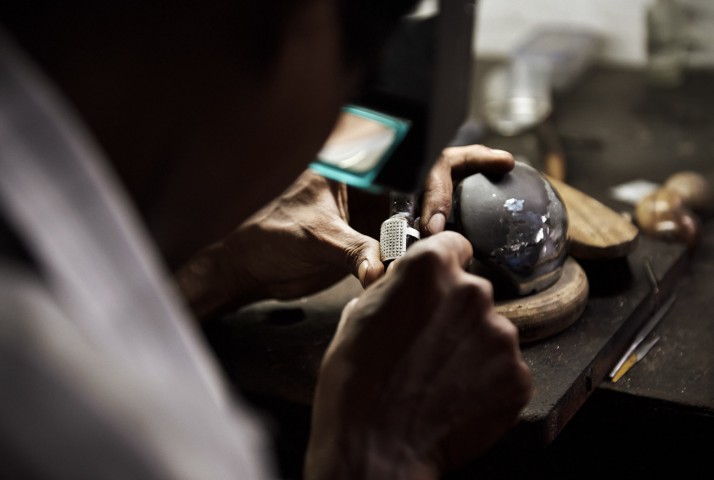 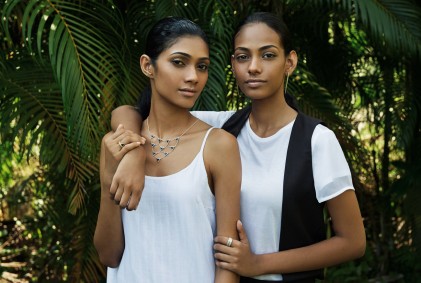 Sisterly links are often reflected in the ad campaigns at Kinsfolk 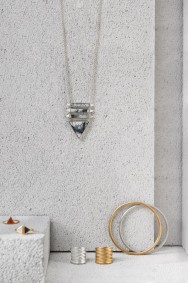 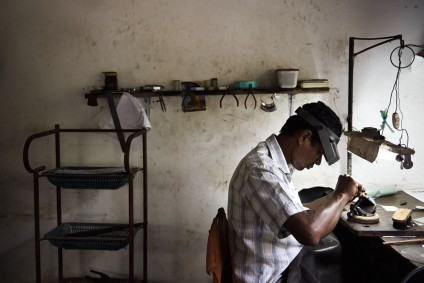 A Sri Lankan goldsmith at work in Sri Lanka

Maryjo is a British-American that grew up in France and is now based in Geneva. Maryjo studied Human Geography at Bristol University. She gained exposure to the world of fashion after living in Milan. Initially gaining experience with wholesale teams working in fashion showrooms, Maryjo then had the opportunity to work on the fashion desk of an international newspaper before moving to Geneva to work for a UN agency. Maryjo is interested in fashion, craftsmanship, gardening, good food, languages and insider tips. She can be spotted rollerblading around town.

Hagåtña, GUAM–For many years, island wear has been largely dominated by surf tees, spooner shirts and kitschy mu’umu’us, but local designer Erisa Cristobal, a graduate of…