PARIS–What do performers Maître Gims M. Pokora, Shy’m, Yelle and GQ “Woman of the Year” Emilia Clarke have in common? They have all been dressed in the hand made couture costumery of the designer known as Gabriel D.  The glamorous, sexy corsets and accessories, possess a heavy dose of erotica and just the right amount of humor. Surprisingly, the creator of these outrageous yet luxe accessories is actually quite shy at first.  Nevertheless, the Belgian-born designer invited BACO’s Paris correspondent Marianne Dorell into his studio near République and explained his art.

His black eyes twinkled as he recalled one of his career highlights: seeing one of his idols Alaska Thunderfuck 5000, an American Drag performer who found fame by participating in the reality show “RuPaul’s Drag Race,” wear one of his corsets in the video clip: “This is my hair” (min 2’49).

“It’s of course rewarding to see my work in beautiful editorials in magazines. But it is a dream come true when I see my creations take live in shows or in clip. To look at the dancers move and wear my creation is the real reward above all else,” Gabriel explained.

Leather épaulettes and accessories, a mask inspired by insect antennas and painted with fine gold, a very cute PVC pochette are just a few details that demonstrate how Gabriel D’s line points towards high fashion… Gabriel has new ideas all the time that he draws by hand. “I have drawers brimming with these drawings,” he confessed, noting that he never really studied fashion.

Music has been key in shaping his professional career. It all started when friends asked him to create personalized special pieces, mostly sexy clubbing attire. Gabriel D. who worked as an accountant at the time, received more and more requests. Encouraged by Guillaume Pendola, his partner in life and now, in business, he created his brand, Gabriel Forever Glam.

Glam may stand for the fabulous years when fashion appeared to be an continuous party, when designers were creating outstanding and sexy pieces, worn by Top Models with amazing curves called Cindy, Naomi or Claudia. As a little boy, Gabriel remained struck by the George Michael clip Too funky.

Linda with a movie star furry dress and a fur, Nadia with a lace dress, Emma with a leather corsage tuned like a Harley Davidson, Estelle with a latex corset. It is clear when looking at this work why Thierry Mugler, who conceived the costumes and directed the clip, is for him a main reference.

After a short dalliance with makeup artistry, he realized he focused more on accessories, due in large part to the encouragement from his friend Guillaume Pendola.

“I am very shy and put my work a lot into question, which is ok. But I really needed someone else to launch the project. I needed this trust in my work,” Gabriel said.

One month after he launched his brand, he was featured in top fashion magazines like Glint, Lash, OOB and Vogue Spain, explained Pendola.

What really sets Gabriel’s pieces apart is the audacious, provocative 90s flair that he celebrates so well through is custom designs. He also procures the materials for his pieces on his own.

“I take my leather from the same place the French National Guard purchases their riding accessories,” he proudly precises, adding that most of his designs take up to three weeks.

It’s no surprise that for next Paris Fashion Week, Gabriel will team up with Romain Brau on a special collection.

“I am not interested in doing things people could wear everyday. I have too much fantasy in my head. I need a touch of craziness, something special.” 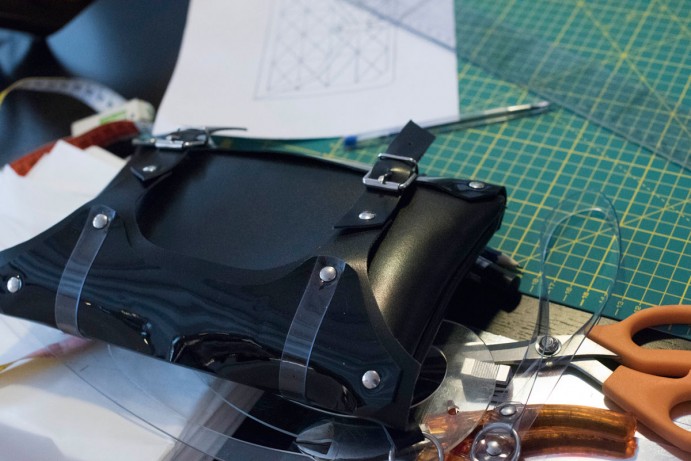 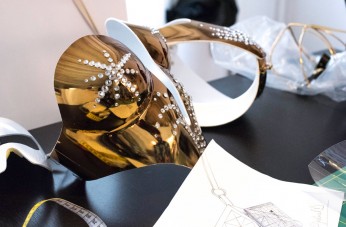 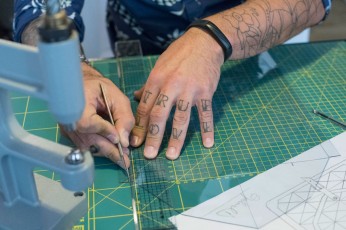 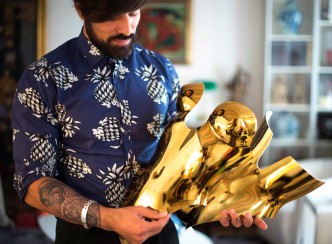 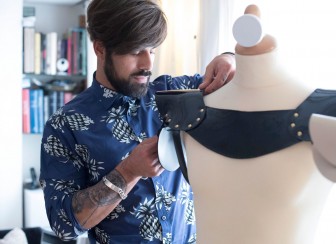 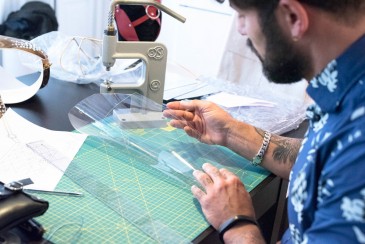 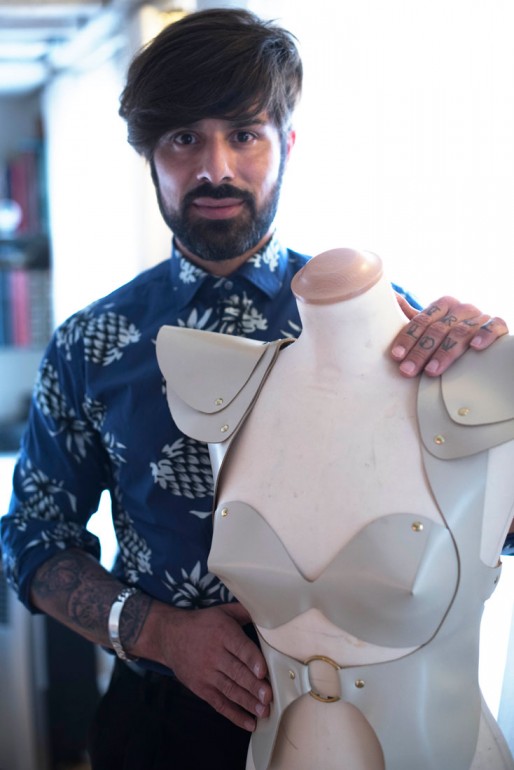 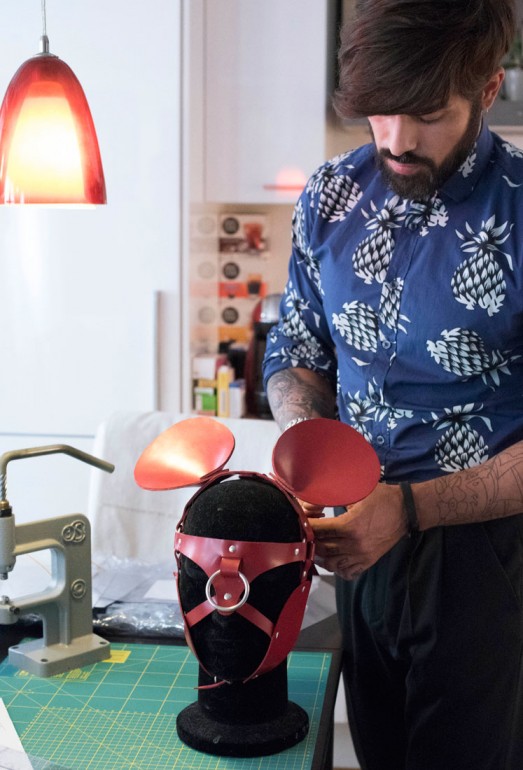 Marianne is a seasoned French journalist and photographer based in Paris. Her career trajectory started out with AP television news. She later went on to work for the French 24 hours television news channel i-télé and RFI ( Radio France International). She is now the Editor-in-Chief of a parental magazine, Parole de Mamans. A student of philosophy at La Sorbonne and European Journalism in Utrecht, Holland at the Danish School of Journalism, she was the editorial director of urban culture and fashion Indigo magazine, the first European lifestyle magazine translated into seven languages. Through her photography, she has developed a taste for fashion but she especially enjoys capturing people who are passionate about what they do.

MILAN–Somewhere between an autopsy and a Renoir, lies Schield’s latest collection. Crystal-studded teeth in the guise of romantic flower buds and dismembered golden vertebrae…