MILAN–We’ve been curious about meeting Sveva Camurati, the designer behind Sveva Collection, since spotting her modernista designs dangling from the necks of some of Milan’s most daring divas. Couture chokers and necklaces made out of crystals, intricate hand made embroidery, as well as outrageous materials that include folded fans of PVC, flashing led lights, rock climbing rope and plastic fishing bait…

Let’s be honest… only a real Milanese with fashion pumping through her veins, can take gummy, jelly, hardware-store-bought bait and resurrect it into something couture worthy.

Indeed, Sveva’s first encounter with the fashion world occurred in her grandmother’s atelier. After a pursuing acting and interior design in New York City, she returned home and eventually started her brand Sveva Collection.

“I didn’t need a fashion degree. I just learned by DOING things,” the mother of two told BACO, in her studio that is a jaw-dropping shrine of craftsmanship, creativity and just the right dose of excess.  Many of her pieces are held together with chains and filigree and hundreds of set stones and beads, requiring unlimited patience and mechanical know-how.

“I spend a lot of time at the hardware store. I love the hardware store,” Sveva said, noting that she makes all of the prototypes – working out the engineering from A to Z – most of the time by herself.  Folk, sci-fi, pop, dadaism are all artistic influences that have driven her own path as an artist and designer.

Her brand really took off, she explained, about two years ago, after upmarket labels like Marni and Lanvin  paved the way for statement jewellery. Now Sveva’s pieces are sold in upscale shops worldwide like Biffi and Banner Boutique in Milan, Kisan Soho in New York, as well as top e-commerce sites like Polyvore and Farfetch. Unlike other artisanal Italian brands, Sveva’s fashion-forward runway appeal has garnered her attention worldwide, especially in Japan and South Korea, two of her top international markets.

“The women who wear my designs are not scared to be daring. She likes to dream,” she said.

The Sveva Collection spring summer collection for next year is filled with potential icons — elaborate pieces with a regal quality, fashioned with elaborate embroidery made by artisans in Puglia and inspired by empires and historic muses like the Byzantine Empire and Pauline Bonaparte.

“My pieces are truly made with love. That I can say without any doubt,” Sveva said, as she turned our attention to the ultimate conversation piece: “Rehab” is crafted with chains, multicolored beads and plastic pills dangling from the golden fringe. Sophisticated and witty… a lot like Sveva.

“A necklace is very personal because you wear it near your face. You can be having a bad day, but a necklace can counter-balance that and give you light.” 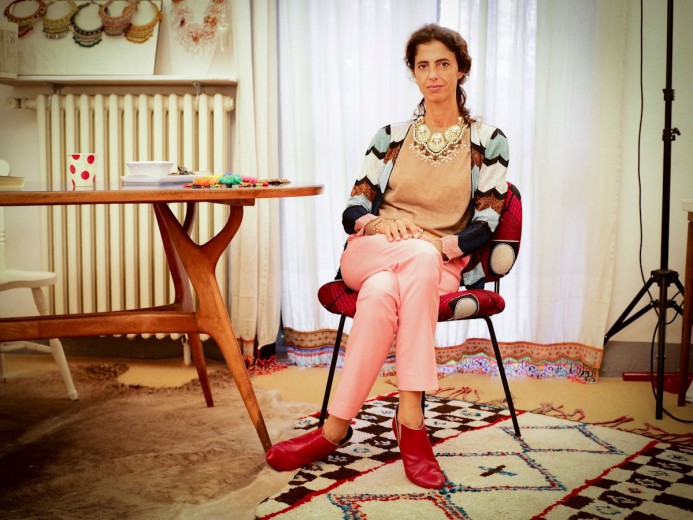 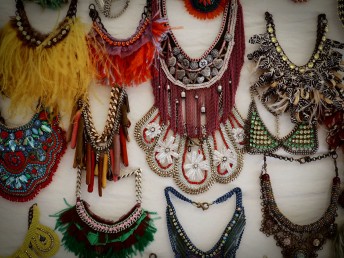 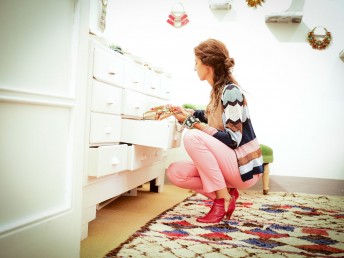 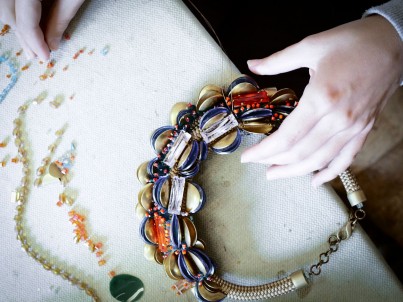 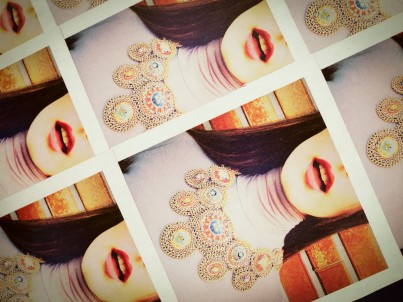 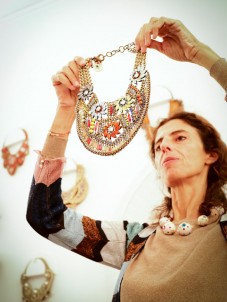 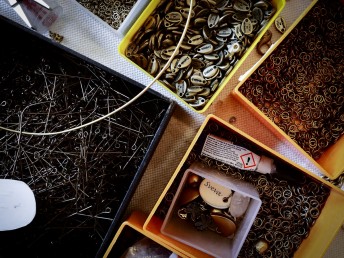 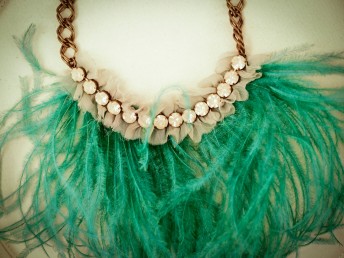 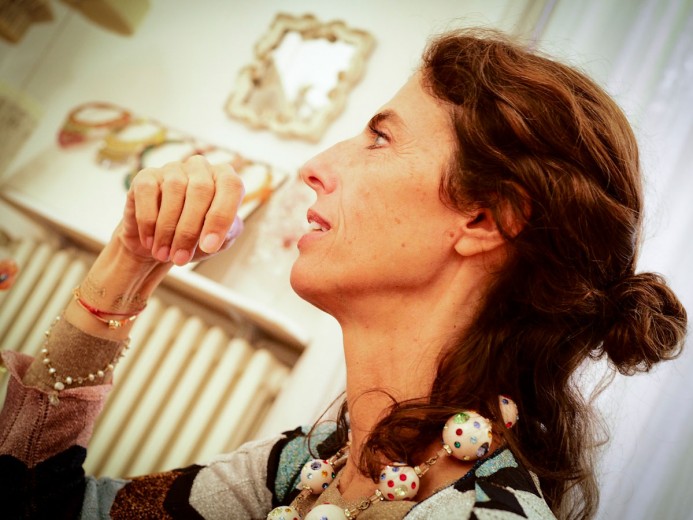 Florence, Italy–The barber shop is back. Grooming isn’t a bare necessity anymore.  From the rough and tumble-bikers to the Italian dandy — having a well-manicured beard…